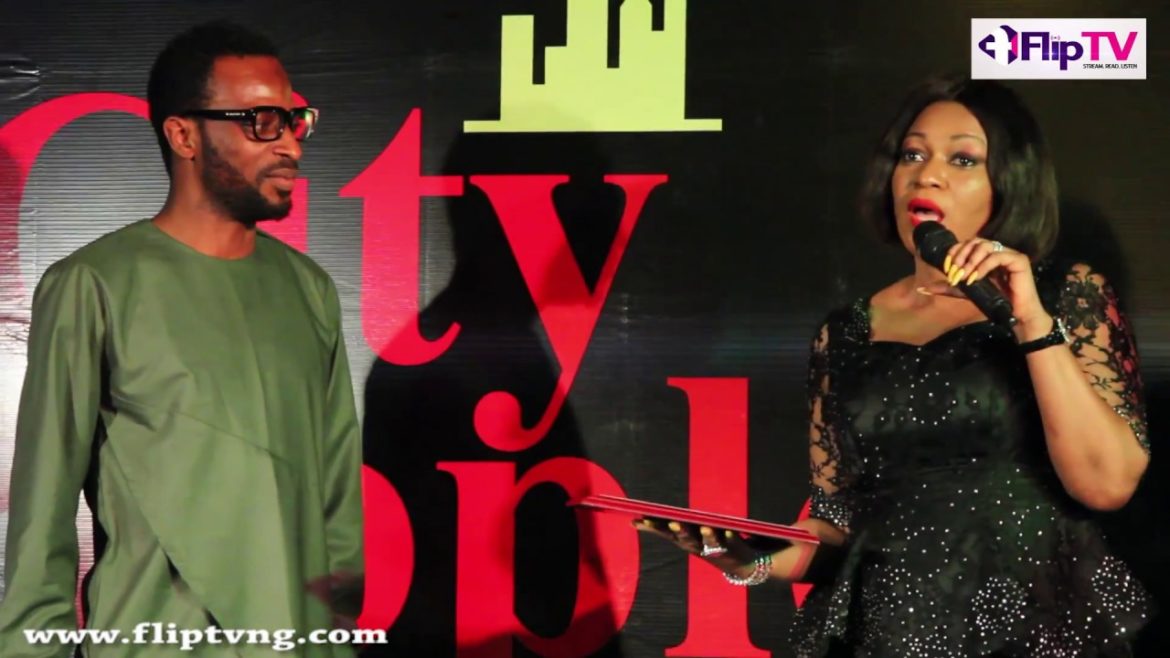 Adigun Alapomeji after receiving his 2019 CPMA recognition award blasted young artistes for being ‘disrespectful’ to elders. 9ice was obviously infuriated by the ways and manners young acts of today live their lives recklessly and refuse to pay accolade to the people that paved the way for them in the industry. Recounting how Keke Ogungbe and Kennis Music helped his career, and brought him to the limelight. 9ice was awarded for his hit track, Gongo Aso.

Boye Best is one of the most celebrated Juju musicians in Nigeria today. He is popular for his energetic performance and sonorous voice. Boye Best won the 2019 CPMA Juju artiste of the year and while he received his plaque, he said “this is a dream come true for me. Today I am fulfilled. I know some people want to drag the City People Music Award in the mud but I can tell you that it is a prestigious award. I also want to say that I am fulfilled standing by Keke Ogungbe. I remember those days in UI when we used to buy tickets to see music stars under Kennis Music and Keke Ogungbe himself but today, I am sharing the stage and microphone with him.

Do I need to tell you that the 2019 CPMA was live on radio? Yes, it was broadcast live on Kennis 104.1 FM. The legendary Keke Ogungbe himself made the announcement after his radio station emerged the winner of the radio station with best showbiz content. Only a few awards in Nigeria can be said to be broadcast live on radio, which is to show the acceptability the CPMA has received over the years.

Baby Love eventually emerged the winner in her category. She won the artiste manager of the year but that was not the talking point for her. Her talking point was the beautiful short dinner gown she was adorned with. Every time she took a walk around, she left the men around her jaw-dropping. A beautiful hardworking woman with a to-kill-dress will definitely leave any man wanting more…

Here is one song currently disturbing the streets and it’s titled “Yahoo Lawon Oremi” by a buzzing indigenous pop musical artist, Eleniyan. He sent the crowd wild when he mounted the podium with his lyrical rhymes and also made them feel among with his ‘gbe body e’ dance steps. Eleniyan is no doubted a rave of the moment because virtually everyone in the audience sang along with him as he performed.

Pretty Mike, Emmanuel Mensah The Next Set of Awards

Pretty Mike of Lagos and Emmanuel Mensah who came all the way from Ghana for the 2019 CPMA were saddled with the responsibility of presenting the next round of awards. Ken Dickson won the best new act of the year and was proudly presented with his plaque. TG Omori, who directed the popular music video, Totori won the best video director of the year for his creativity in the video while Urban TV won the music channel of the year. BJ production was named the Music Video production outfit of the year while T Classic’s ‘nobody fine pass’ won the popular song of the year.

Just as the way it opened, the event closed with performances from different fast-rising acts. Some of them are Boom Box, LOC, Kiss Boy and G4. Their performances were lit and the audience was not tired despite the fact that the event already ran into the dead of the night.