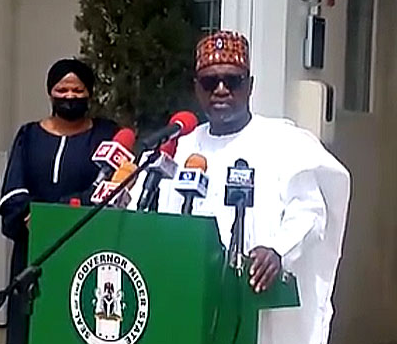 Niger State governor, Sani Bello, has dismissed reports that the Kagara students and teachers who were abducted by suspected bandits on Wednesday, February 17, have been released.

A few hours ago, rumor was rife on social media that the abducted students have been released from captivity.

Dismissing this claim at a press conference this afternoon, Governor Bello said

”“Everything that is being said out there is rumour and in situations like this, we cannot work with rumour, it has to be confirmed. Yes, we’ve been receiving different rumours from different people within villages but we are still treating those as rumour until processed and confirmed.” pdy���K�1