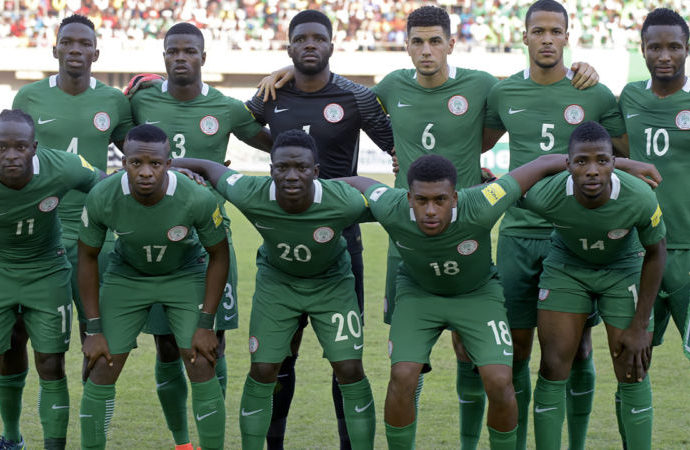 The Super Eagles have dropped one spot down from 38 to 39 in the new FIFA world ranking published on Thursday.

But Nigeria maintained its fourth position on the continent.

Egypt remain first in Africa but also dropped from 20th to 24th in the world while Senegal maintained the 27th spot.

Cameroon, Nigeria’s next World Cup qualifier opponent, also dropped from 32nd spot to 36th but are still third in Africa.

South Africa moved a spot up from 65th to 64th after defeating Nigeria in the 2019 African Cup of Nations qualifier game on July 10.

Germany are now ranked number one in the world after the heroic triumph against Chile at the just concluded Confederations Cup in Russia on Sunday.

The top 10 national teams in the world rankings are as follows: