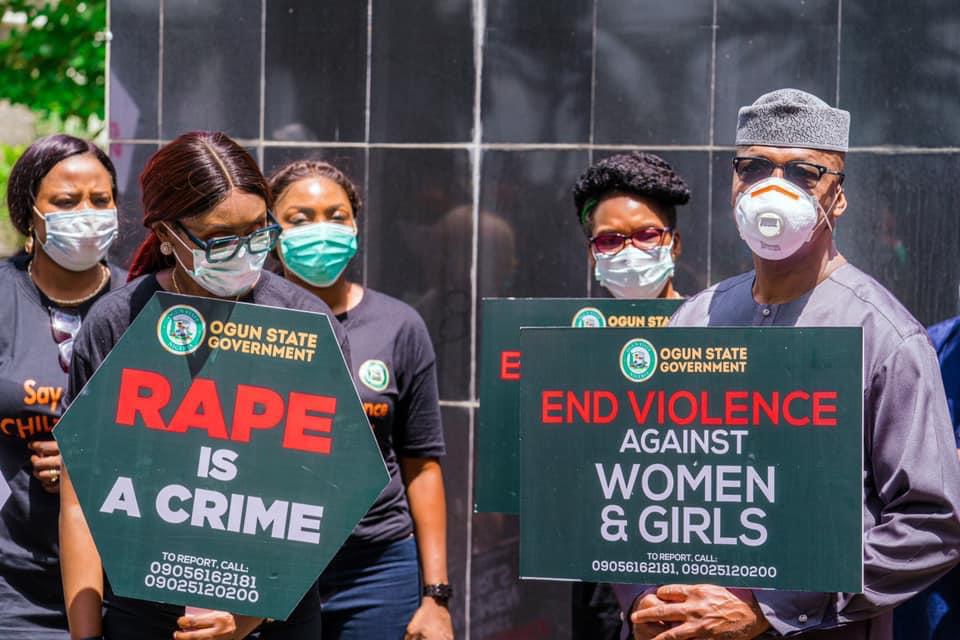 The Nigeria Governors Forum (NGF) has declared a state of emergency on gender-based and sexual form of violence.

The decision was taken at the 10th COVID-19 teleconference meeting of the forum.

This is coming amid rising cases of rape across the country.

TheCable had earlier reported how Barakat Bello, an 18-year-old girl, was raped and murdered at her father’s house in Ibadan, Oyo state.

Barakat’s death happened less than seven days after the murder of Vera Omozuwa, a student of the University of Benin (UNIBEN), who was raped and killed while reading inside a parish of the Redeemed Christian Church of God (RCCG) in Edo state.

In a communique, the governors condemned sexual and gender-based violence, saying they are committed to ensuring justice is served.

The NGF also called on its members who are yet to implement laws against sexual and gender-based violence to do so in order to reduce sexual violence.

“Governors have agreed to declare a State of Emergency on Sexual and Gender-based Violence. Governors strongly condemned all forms of violence against women and children and committed to ensuring that offenders face the maximum weight of the law,” the communique read.

“Call on State Governors that have not already domesticated relevant gender-based protection laws to domesticate the Violence Against Persons (Prohibition) Act, the Child Rights Act and the updated Penal Code to increase protection for women and children and ensure speedy investigation and prosecution of perpetrators in addition to creating a sex offenders register in each State to name and shame;

“Invite the Commissioners of Police to provide a detailed report on the actions taken to strengthen their response to sexual and gender-based violence through the Family Support Units and Force Gender Units at the State and Local Government levels;

“Governors will commit additional funding for the prevention and response to sexual and gender-based violence through appropriate Ministries, Departments and Agencies;