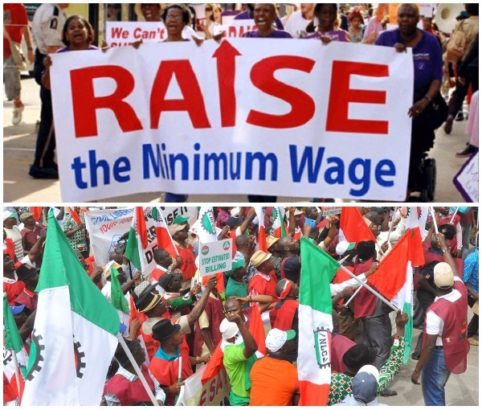 The organised labour in Nigeria has rejected the resolution of the House of Representatives seeking the upward review of the minimum wage for Nigerian workers to N30,000 from the current N18,000.

Punch newspaper reports that the President of the Trade Union Congress, Bobboi Kaigama, said yesterday that the organised labour is demanding N56,000.

He stated that the labour unions were awaiting the executive arm of government to set up a committee to speed up the process.

“The procedure is for the tripartite body to sit down and agree on a figure, present it to the National Executive Council, National Council of State and to the National Assembly,” he said.

Members of the House of Representatives had warned that a nationwide strike by workers over low wages could force the country’s economy back into recession.

The lawmakers therefore urged the Federal Government to increase the current minimum wage to N30,000 to avert workers’ strike.