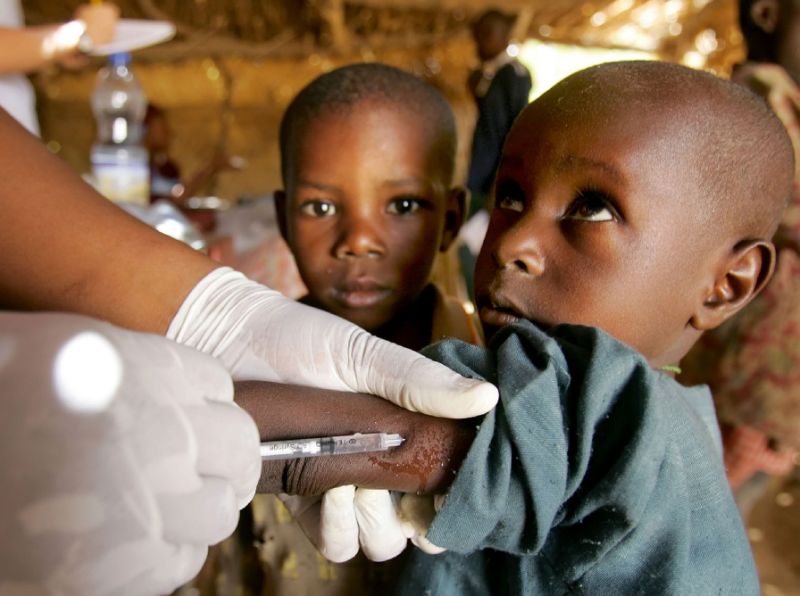 The Nigeria Centre for Disease Control, NCDC, has confirmed the outbreak of Cerebro Spinal Meningitis, CSM, in five states with at least 282 deaths related to the disease.

Chikwe Ihekweazu, the Chief Executive Officer of the centre, made this known to the News Agency of Nigeria on Thursday in Abuja.

Mr. Ihekweazu said that 1,966 suspected cases have been recorded while 109 have been confirmed and being treated since the outbreak of the disease in February in the country.

He said that the centre had deployed a response team to the affected states to vaccinate the residents and control further spread of CSM.

According to him, Zamfara has the highest number of confirmed cases of 44, followed by Katsina with 32, Sokoto 19, Kebbi 10 and Niger 4 confirmed cases.

He also said that there is an inter-agency response supporting the states to contain the outbreak through the primary mode of vaccination.

However, Mr. Ihekweazu explained that a new strand of meningitis called “stereotype C” has emerged in place of the previous known type “stereotype A”, which has disappeared.

He regretted that there was not yet commercially available vaccine for this new stereotype “C” meningitis.

“There is a vaccine available but it is not commercially available for the stereotype involved in this specific outbreak and we have to make application to the World Health Organisation for the vaccines.

“Thankfully the vaccines have arrived and we have started vaccination campaign in Zamfara. We are in the process of starting in Sokoto and Kebbi states.

“We continue to advocate for scientists and for the global community to really try and push to develop a vaccine for meningitis `C’, on the other hand all we can do is prevention,” he said.

Ihekweazu said that prevention and early detection was key to combating the disease, if detected early, it could be treated with antibiotics.

He said that the centre was working with the states by supporting and ensuring they have the supplies to combat the disease.

“Meningitis is a tough disease especially during this period and it is associated with over-crowding, understanding the living conditions in the country, people must keep their building ventilated,” he said.

He urged Nigerians to avoid sleeping in overcrowded condition and if a lot of people must sleep together in the same room, the windows and doors must be open to allow enough ventilation.

The chief executive officer assured that the centre would work with state governments in the North West and North Central, where most cases were recorded, to ensure better preparation and avert similar outbreak next year.

The Abuja authorities had earlier confirmed five deaths in the Nigerian capital.

The Federal Capital Territory, FCT, Primary Health Care Development Board on Thursday confirmed the death of yet another person due to cerebrospinal meningitis in the territory.

The News Agency of Nigeria reported on Wednesday that the board recorded four deaths on Tuesday in Durumi area of Abuja Municipal Area Council, AMAC.

The Executive Secretary of the board, Rilwanu Mohammed, said in an interview in Abuja that another death from the disease occurred in Dakwa, a border village of Bwari Area Council and Niger State on Wednesday.

“The four suspected cases we have were all in Durumi I and II in AMAC while one confirmed case of a child that just happened yesterday (Wednesday) in Dakwa of Bwari area council.

“The four that died in Durumi showed all signs of meningitis but there was an autopsy carried out in the one at Dakwa and was confirmed to be meningitis at the University of Abuja Teaching hospital, Gwagwalada.

“We have so far immunised all residents of Durumi that are within the ages of one year and 29 years and we are going to condone off Dakwa area today (Thursday) for a similar vaccination,” he said.

According to him, the board had so far immunised 65,000 residents as against 70,000 targeted for vaccination against meningitis in FCT.

He said that since the disease broke out in Zamfara, Sokoto and Niger states, the board intensified effort to curtail its spread in the territory.

The secretary disclosed that the board focused on Internally Displaced Persons (IDPs) and barracks for the vaccination exercise because of their vulnerability.

Mr. Mohammed advised residents to avoid crowded places and ensure crossed ventilation in their homes to prevent the spread of the disease.

Meanwhile, Haruna Agwai, the Primary Health Care Coordinator of Kuje Area Council, says inadequate vaccines is hindering the progress of work at the ongoing immunisation of children against meningitis and polio in the area.

Mr. Agwai made this known to the News Agency of Nigeria on Thursday in Kuje during the immunisation of children at the Primary Health Care Centre in the area.

He said that in spite the hindrance, “the health workers are vaccinating children on Oral Polio Vaccines (OPV) from the ages 0 to 59 months and meningitis from 1 to 29 years.’’

The coordinator said the essence of the current exercise was to immunise children against the recent outbreak of meningitis in some parts of the country.

“We are vaccinating the children and taking precautions against the outbreak of meningitis in some parts of the country.’’

He said about 7,763 children had so far been immunised out of about 17,000 children, representing 40 per cent.

Mr. Agwai commended some parents for cooperating with health workers for the progress of the exercise.

According to him, Kuje Area Council Administration is determined to ensure that children in the area are healthy.

He also praised the council’s health personnel, traditional rulers and families for their support.

The News Agency of Nigeria reports that the council has 10 electoral wards while some of its communities lack adequate primary healthcare centres.