Nigeria to flag off yam export to Europe Tomorrow 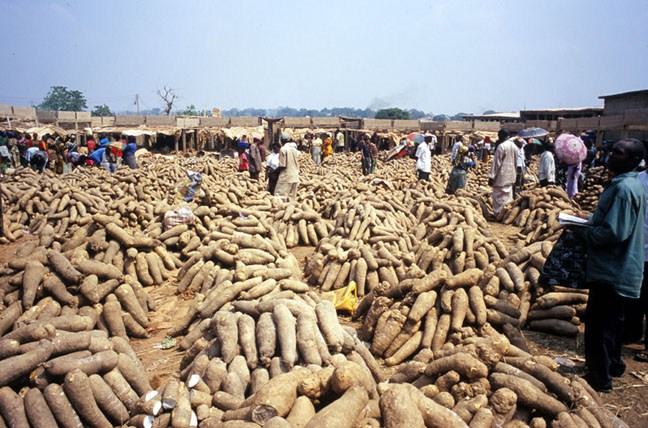 The Federal Government of Nigeria has said that it would formally flag off the export of yam to Europe on Thursday.

Yam, a tuber crop, is a staple food in Nigeria and is grown in several parts of the country.

The export plan was revealed by the Minister of Agriculture, Audu Ogbe, on Wednesday while addressing State House correspondents after the meeting of the Federal Executive Council, FEC, chaired by acting president Yemi Osinbajo.

Mr. Ogbe said 72 tonnes of yam will be exported in the first phase of the programme to the United Kingdom.

The minister said while Thursday’s event is the formal take off of the programme, some tonnes of yam that were exported earlier arrived New York on June 16 this year.

Mr. Ogbe said according to statistics by the Food and Agricultural Organisation, FAO, “Nigeria accounts for 61 per cent of total yam output in the world.”

“We don’t even consume all the yam we produce, most go to wastage,” he said.

The minister said in order to address the wastage, his ministry is working on using solar coolers to keep the yams at 14 degrees to make it suitable for export.

“The Nigeria Centre for Agricultural Mechanization in Ilorin is producing a mechanized yam ploughing machine that will be attached to a tractor to ease production,” he said.

He also said it was because of poor storage that made some countries to reject Nigerian yam when efforts to export it was carried out in the past.

On expected income, Mr. Ogbe said, “It’s only in about a month time that we will know how much the country will earn after exports to US, UK and China.”

Nigeria to flag off yam export to Europe Tomorrow was last modified: June 28th, 2017 by Reporter