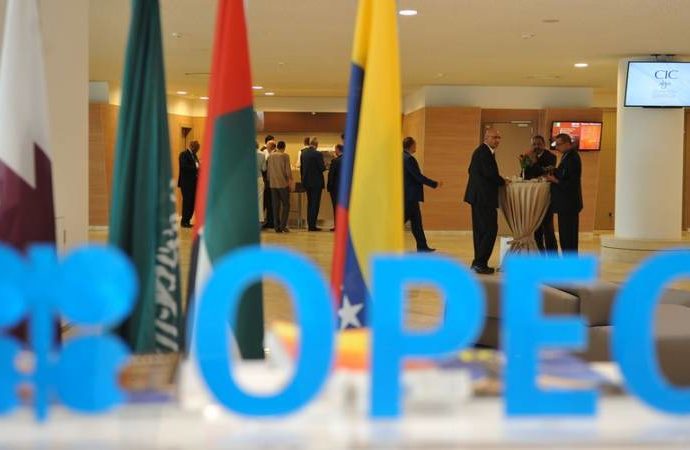 Nigeria’s daily oil production capacity for the rest of the year will be significantly below the revised volume of about 1.7 million barrels contained in the proposed amended 2020 Appropriation Act.

Based on the economic impact of the coronavirus pandemic, the Nigerian government announced a N320 billion cut in its 2020 budget, to about N10.27 trillion against the N10.59 trillion earlier passed by the national assembly and assented into law by President Muhammadu Buhari.

With the revised budgetary proposal, the crude oil price benchmark was reduced from the previous $57 per barrel to $30, while daily oil production volume was sliced from 2.18 million barrels to 1.70 million.

Nigeria to produce 1.4 million bpd
However, with Thursday’s resolution by the Organisation of Petroleum Exporting Countries (OPEC) to cut its members production, the Minister of State for Petroleum Resources, Timipreye Sylva, said Nigeria’s daily production would drop by almost 300,000 barrels from the proposed revised volume.

Mr Sylva, who was the head of the Nigerian delegation to the meeting held online, said Nigeria would now be producing 1.412 million barrels per day between May and June 2020 in the first phase of the group’s agreement.

READ ALSO: How Nigerian govt will fund 2020 Budget – Finance Minister
Despite the significant difference between the new OPEC output ceiling and the proposed production capacity in the 2020 budget, Mr Sylva expressed optimism Nigeria would still break even and meet its revenue target.

Condensate to the rescue
He said the OPEC production quota calculation does not usually cover condensate production, which Nigeria has the advantage of using to shore up its oil production capacity with an average of between 360,000 and 460,000 barrels per day.

“It is expected that this historic intervention when concluded will see crude oil prices rebound by at least $15 per barrel in the short term, thereby enhancing the prospect of exceeding Nigeria’s adjusted budget estimate that is currently rebased at $30 per barrel and crude oil production of 1.7 Million barrels per day,” Mr Sylva said.

“The price rebound may translate to additional revenues of not less than $2.8 billion for the federation,” he added.

Despite the production curtailments by OPEC through the latest agreement, Mr Sylva assured that all planned industry development projects would progress after the termination of the OPEC/Non-OPEC adjustments in April 2022.

The OPEC deal
In line with the agreement reached in the early hours of Friday, the group resolved to cut a minimum of 10 million barrels of crude oil production from its production in an attempt to strengthen the oil market and halt the unprecedented decline in crude oil prices as a result of the impact of the deadly Coronavirus pandemic.

In the communique issued at the end of the 9th (Extraordinary) OPEC and non-OPEC Ministerial meeting, its Chairman, Abdul Aziz Bin Salman, said embers resolved to adjust downwards their overall crude oil production by 10 million barrels per beginning from May 1, 2020, for an initial period of two months till June 30 2020.

Mr Salman, who is also Saudi Arabia’s Minister of Energy, said part of the resolution at the meeting was for members to also cut about eight million barrels per day subsequently for the period of six months, between July 1, 2020, December 31, 2020.

While OPEC and non-OPEC oil producing countries reaffirmed their commitment to the Declaration of Cooperation to achieve and sustain a stable oil market, he said they also resolved to uphold their mutual interest towards the efficient, economic, and secure supply to consumers, and a fair return on invested capital.

The Framework of the Declaration of Cooperation was signed on December 10, 2016, and further endorsed in subsequent meetings culminating in Charter of Cooperation signed on July 2, 2019, to cooperate towards a stable global oil market.

The baseline for the calculation of the adjustments, the OPEC Chairman clarified, was taken to be the oil production quotas of October 2018.

The group agreed that Saudi Arabia and Russia, the two powerful producers that stirred the recent global oil war, were the only exceptions, with both agreeing to cut about 5.5 million barrels each from their daily production.

The agreement would be subject to a review during the December 2021 meeting of the Joint Ministerial Monitoring Committee (JMMC) charged with the responsibility of monitoring the impact of the decision.