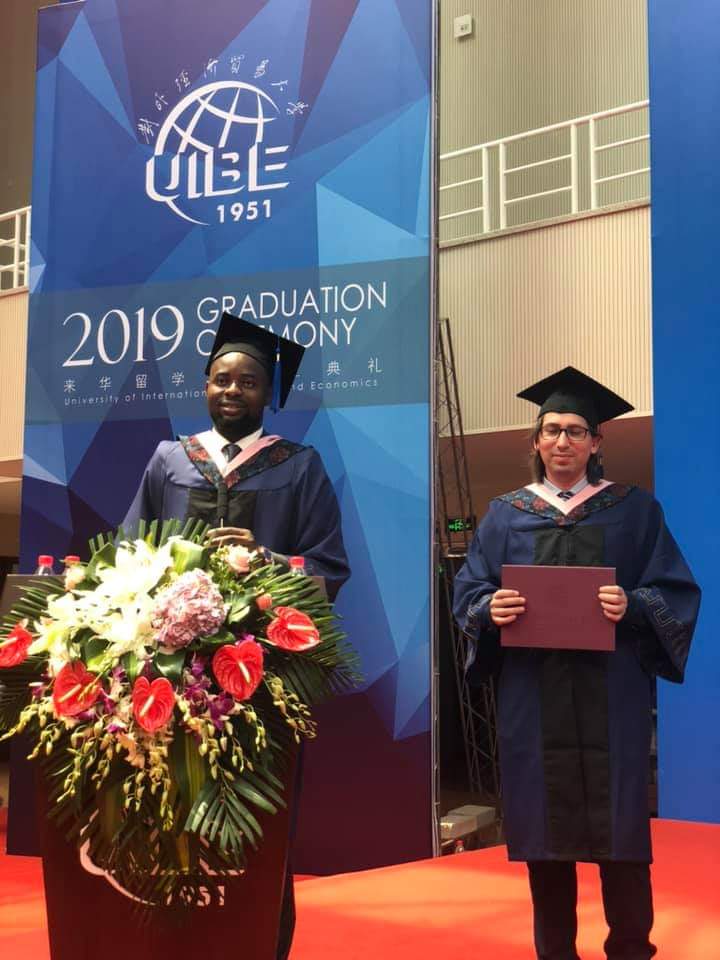 A Nigerian, Peter Eze has emerged the most outstanding student of the University of International Business and Economics (UIBE) Beijing in China.

Eze, who completed his MSc programme in public administration, was named the best graduating student during the school’s graduation ceremony on Tuesday.

The Nigerian is also an aide to the Senator representing Abia north and former governor of Abia state Orji Uzor Kalu.

He is a 2014 graduate of the University of Nigeria Nsukka (UNN) where he studied economics.

In an interview with journalists, he expressed appreciation to God for the feat while also thanking Kalu, his boss, for his support.

The UIBE, founded in 1951, is one of China’s top ranking universities with economics, management, law, literature and science as its core academic areas of expertise.