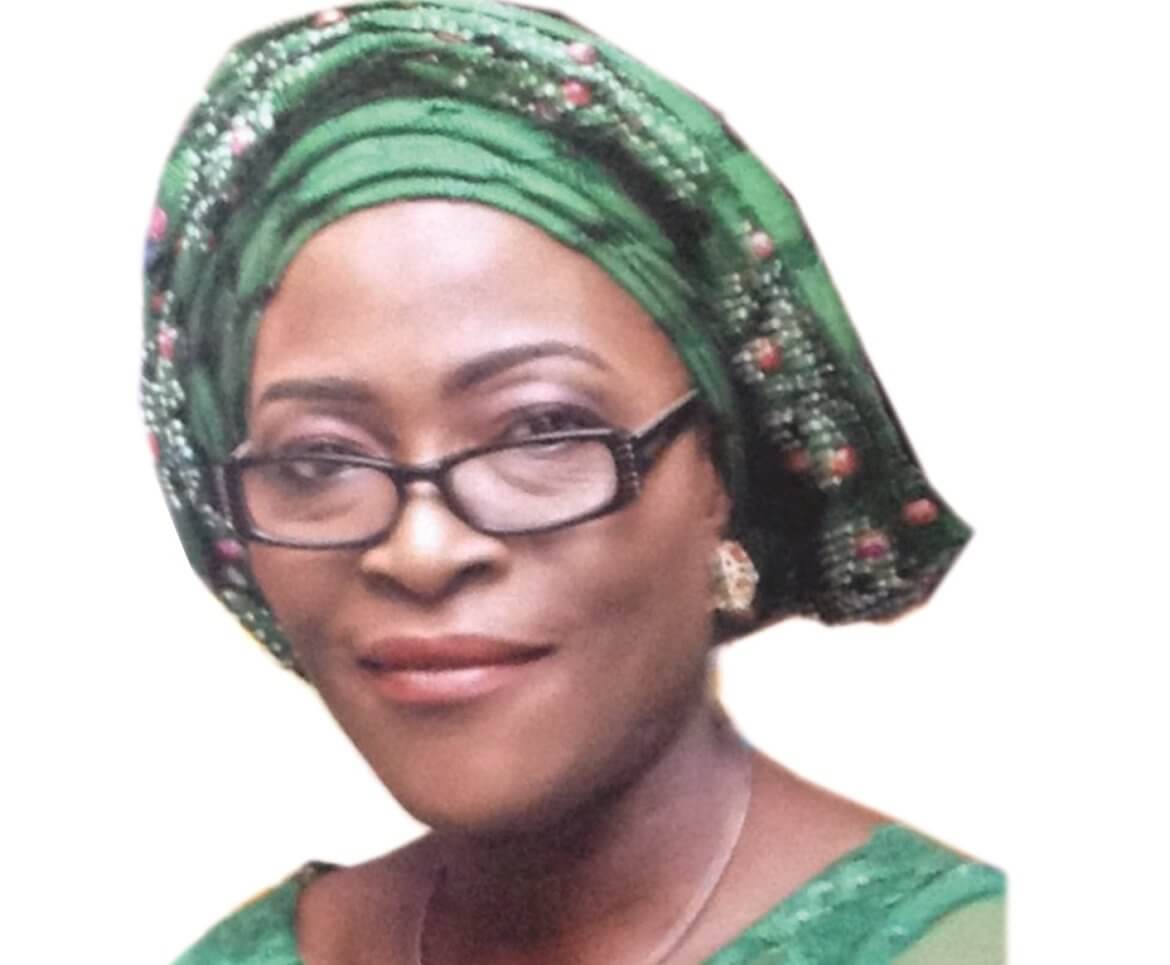 If you mention Angela George’s name in Nigeria, the odds are that many people may not have heard about her before. This is because she does not live in Nigeria. She lives in the United Kingdom (UK). And she has been living there for more than 25 years. Though her full name is Abisola Angela Bankole-George, she is commonly called Angela George.

But over the last few years, Angela George has built a formidable political profile for herself. Currently, she is campaigning to be a Councillor. Angela is Labour’s candidate for the forthcoming County Council election on 4th May for Swanley & Hextable.

She is Labour’s candidate for Swanley & Hextable in the Kent County Council Election, on Thursday 4th May.

Angela an experienced former District Councillor has lived in the area for over 25 years.

Angela has been appointed a Board Member of West Kent Housing Association, serving on the Audit and Finance Committee. Her other volunteer activities include helping the British Red Cross; as a member of the Independent Police Advisory Group for Seven Oaks; and as a “Responsible Adult” for children in trouble in London. We can tell you Children’s Centres would be a priority for Angela if elected.

If elected Angela would continue to promote the provision of council housing for local families unable to afford to live in the area. However, this must not come at the expense of the Green Belt. She has a record of opposing inappropriate development proposals when Kent County Council had suggested them in the past.

Angela is committed to improving transport in the area. She says:

The local parents I know all agreed there is an urgent need to reform the school transport bus pass programme and, if elected, I will be fighting to reform the whole of the transport policies, bringing Kent more into line with the Transport for London system. Perhaps more importantly is the need to create sufficiently good quality local school places for all our children including both academic and vocational training opportunities.”

Angela George says we must protect the Green Belt, while improving on local services such as health provision, highways and schools.

She says a Labour-run Kent would aim at sustainable economic growth by fostering innovation in research and development and drawing the Higher Education sector into economic strategy. “We need a revival of manufacturing in Kent”. “We would improve on the employability of all Kent people through genuine apprenticeships, Higher and Further Education and better training. No young person should get left behind”.

A Labour Kent would: • Press for the construction of eco-friendly, low-cost housing • Use renewable energy in as many county council buildings as possible • Act on air pollution hot spots to reduce deaths • Improve cycleways and link up our public transport • Introduce more charging points for electric and hybrid cars • Oppose fracking and protect our countryside • Attract manufacturers of green energy to the county.

CLEANING UP HER COUNTY

One of Angela George’s priorities is to clean up the area – tackling overgrown verges and hedges, litter and potholes on our roads. She is also very concerned about fly tipping on our estates and country roads. County Councillors have the power to make our area cleaner and greener – if you elect Angela, she would work with local residents to make Swanley an even better place to live.

Swanley’s Angela George met Jeremy Corbyn, the Labour leader at the Labour Remain Conference last June. Jeremy came down to talk to Angela after giving a tremendous speech campaigning for Britain to stay in and reform the European Union, rather than leave it.

Angela was thrilled to get a chance to talk with her Leader, Jeremy Corbyn. At first, she felt a bit nervous, but Jeremy quickly made her feel relaxed and at ease. Angela said:

Jeremy has a wonderful way with people. He has such a fine sense of humour. He was making many jokes and asked where I was from. When I said I was from Swanley. That I was stuck in Micheal Fallon’s constituency – true blue – he said “That must be very hard for you. We will help you with all we can.” I just felt so inspired by Jeremy. He has such a presence, and you can see that he is really committed to helping people.”

Angela was an outstanding Labour Councillor which explains why she is standing again in the forthcoming elections.

She is the only woman and the only black in the race in Labour Party. There are 5 candidates and she is the only woman. She is standing against the British National Party (BNP). People have often asked her if she would go into politics in Nigeria.”  “That is a no go area she says smiling. That is a tough terrain,” she says.

Angela is not happy with the way politics is being played in Nigeria. “It is still rough. It is still dirty and there is no level playing field. The opposition party in Nigeria the People’s Democratic Party (PDP) is not challenging the ruling All Progressives Congress (APC), enough on policy matters.

City People went through all her articles in the media and saw that they were all geared towards challenging and scrutinising any decision the Swanley Town Council takes. The council is been run by the Tories. On her website, many of the articles take on the council policies.

She says “that’s how the game is played in the U.K. It is a society where as a Councillor when you receive a complain by email or telephone call, in 24 hours you have to acknowledge it and within 48 hours of receipt, you have to take action.

Angela has lived in Swanley for over 25 years. She has brought up her family in the area and is a much loved member of the community. She is the Treasurer of Swanley White Oak Action Group where she works to improve the quality of life for all residents. Angela has been appointed as a Board Member of West Kent Housing Association, serving on the Audit and Finance Committee. Her other volunteer activities include helping the British Red Cross; as a member of the Independent Police Advisory Group for Sevenoaks; and as a “Responsible Adult” for children in trouble in London.

She once spoke out at District Council Planning Committee, exposing Kent County Council proposals to build on the playing fields of Birchwood School resulting in the application being refused.

She saw to the improvement the long neglected open space in Russet Way. She secured from the Seven Oaks District Big Community Fund and other agencies having consulted local residents to agreed on an environment improvement plan for the area.

When she served on Sevenoaks District Council she always strongly supported the leisure centre.” I made it known to the Sensio Board, that manages the White Oak Leisure Centre,  that it should be retained within Swanley; and the White Oak site was the best possible option for local residents. I successfully opposed the proposed relocation to Beechenlea Lane. 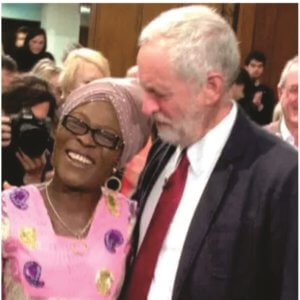 “I was very involved in the resolution by following up residents concerns about the conversion of the convent site in Sycamore Road to a hostel for homeless men. Having consulted widely with residents, the play group, the school and the police, was able to present to SDC sufficient evidence for them to improve controls on the site.”

“As a board member, I have been able to present local tenants issues to the board and resolve many issues.”

Angela is also committed to improving  Transport in the area. She states: The local parents I know all agree there is an urgent need to reform the school transport bus pass programme and, if elected, I will be fighting to reform the whole of the transport policies bringing Kent more into line with the Transport for London system.

Perhaps more importantly is the need to create sufficient good quality local school places for all our children including both academic and vocational training opportunities.

Angela believes we must also protect the Green Belt around Swanley, while improving local services such as Health Provision, highways and schools. She greatly values the work of the Children’s Centre and would restore the full services so that all infants can get a good start in life.

HOW RIVERS IJAWS WANT TO CAPTURE GOVERNORSHIP IN 2019

So proud of my wife