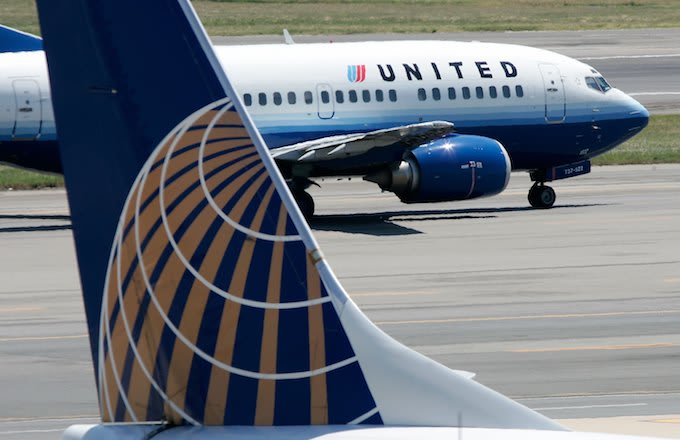 A Nigerian mother of two, Queen Obioma, has sued United Airlines, claiming she and her two children were booted from its plane because a passenger complained she smelled ‘pungent’.

Obioma said she was traveling from Lagos, Nigeria, to Ontario, Canada, on March 4, 2016 when an airline employee escorted her from the plane before takeoff.

The Nigerian said the employee of the airline then went back on the plane and escorted her two children off.

Obioma filed a civil rights lawsuit against United Airlines, saying the airline discriminated against her because she is black, Nigerian and African.

She claimed in her suit that she was told that she was not allowed back on the flight because a passenger had complained about her smell, the Houston Chronicle reports.

Obioma said the drama started when she and her family boarded a United Airlines flight at Bush Intercontinental Airport in Houston.

She said when she got to her assigned seat in business class; a white man was already sitting there.

The man reportedly refused to move, the lawsuit states.

According to her, flight personnel got involved but the man still refused to get out of the seat so she agreed to sit in the man’s assigned seat nearby.

Before takeoff, Obioma said she went to the bathroom and when she tried to return to her seat, the passenger, who had earlier taken her seat, blocked her path.

She said in the suit that a United Airlines employee then ordered her off the plane.

Obioma said she was met by another employee who informed her that she was not allowed back on the plane because the pilot received a complaint from the man sitting near her that she smelled ‘pungent’.

The man reportedly told the pilot that he was not comfortable flying with her.

Obioma said she was distraught and informed personnel that her two children were still on the flight.

She said a United Airlines worker then removed her children from the plane.

According to the suit, the family was on the second leg of a three flight journey from Nigeria to Canada, where her children attend school.

Obioma, a frequent flier member on the United’s Star Alliances, said they were traveling from Houston to San Francisco where they were going to take a connecting flight to Canada.