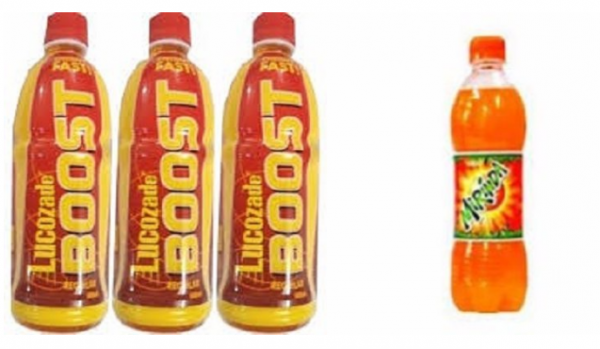 The Consumer Protection Council, CPC, has called for further investigation of soft drinks sold in Nigeria, following the discovery that the benzoic acid in Mirinda (a product of Seven Up Bottling Company) and Lucozade (a product of Suntory) is higher than the Nigerian regulatory standard of 250mg/kg.

The benzoic levels of both drinks are said to be up to 330mg/kg and 323.53mg/kg respectively.

Efforts to reach the manufacturers of the soft drinks were unsuccessful. They did not respond to questions sent to them through their official emails.

The CPC made the disclosure on Tuesday during a press briefing on the outcome of its investigation into possible safety issues in Fanta, Sprite and other select soft drinks, while canvassing for regulatory review and actions for safer soft drinks in Nigeria.

The Council’s investigation was in reaction to a judgement at a Lagos State High Court in a suit between Fijabi Adebo Holdings Limited and Emmanuel Fijabi Adebo against the Nigerian Bottling Company Ltd, and the National Agency for Food and Drug Administration and Control, which alleged that Fanta Orange and Sprite may be hazardous due to their incompatibility with the Benzoic Acid standards in the United Kingdom.

The Court had ordered the National Agency for Food, Drug Administration and Control, NAFDAC, to direct the Nigeria Bottling Company Plc., manufacturers of Fanta and Sprite soft drinks, to include a warning on the bottles of the products that the content cannot be taken with Vitamin C.

The CPC director general, Dupe Atoki, who was later removed by President Muhammadu Buhari on Thursday, asserted that the levels of two additives, Benzoic Acid and Sunset Yellow, in Fanta and Sprite were confirmed through laboratory analysis to be within the Nigerian Industrial Standards (NIS) limits.

The Nigerian Bottling Company had earlier said the amount of the chemicals were within Nigerian regulatory standards.

Ms. Atoki said though the additives were within the NIS limits, other issues of significantly low and inconsistent levels of the Benzoic Acid in some samples of Fanta Orange, Sprite, Mirinda and Lucozade tested during the course of the investigation, have thrown up the need for further investigative analysis and action.

The former director general, who disclosed that NAFDAC and SON have been informed about the outcome of the investigation, stated that the Council has also recommended regulatory action and review of the “Benzoic Acid limits in soft drinks as the current standard, which has been in existence since 2008 is overdue for review”, particularly with the requirement for reviews pegged for every five years.

In the light of the high level of Benzoic Acid found in isolated cases of Seven up and Lucozade tested, she said the CPC has called for further regulatory investigative analysis, action and review.

On Sunset Yellow, she noted that the Council also recommended “regulatory action for a review of the standard as some countries have reduced the approved limit, some have labelling requirements for its use, while some others have adopted its outright ban.”

The director general disclosed that CPC, in commencing its investigation, obtained from the open market in eight locations within the six geopolitical zones of Nigeria, 65 samples of the soft drinks.

The council had earlier hinted that it will carry out a thorough investigation into soft drinks in Nigeria in the interest of the public.