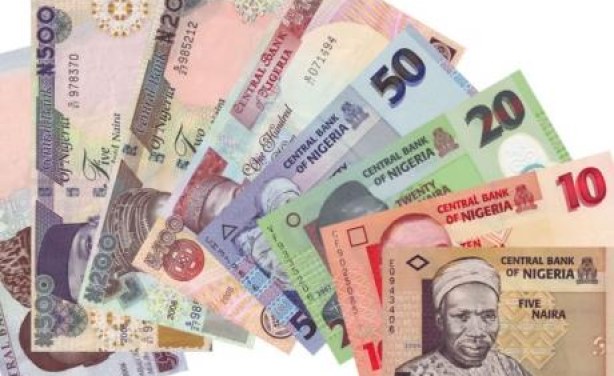 The Nigerian Senate is asking the Central Bank of Nigeria to change ‘lower naira notes’ to coins.

The Central Bank of Nigeria should convert the country’s lower currency notes into coins to facilitate “highly repetitive” retail transactions, the Senate said Tuesday.
According to PremiumTimes, the advice came after a Senator spoke on the implications of rejection of the existing coin denominations for the economy.
“The local retailers keep rejecting the coins because commercial banks won’t accept them as deposit, even when they are reflected on paper, and the CBN still recognizes them as legal tender,” said Mustapha Bukar, the APC Senator representing Katsina South.
Given the rejection, plus the loss of value of the coins due to inflation, Mr. Bukar, therefore, suggested conversion of the the lower notes into coins to “cater for highly repetitive transactions” which “overwhelming majority” of Nigerians are engaged in due to “location and income”.
“Since the three coin denominations of 50 kobo, one kobo and 10 kobo have lost their values due to inflation, the conversion of lower currency notes to coins will facilitate retail transactions in the economy, like we have in developed countries,” the senator said.
“Despite the huge budget by the CBN on sensitising Nigerians on the need to accept coins, the transaction chains were broken and banks and customers reject the currency, thus, promoting corruption and escalating inflation to the extent of diminishing the value of the coins.”
Quoting unnamed “experts”, he said coin denominations were important in helping control devaluation of country’s currency. Taking an instance from the U.S.A, he said a reason why one cent had not phased out “is due to inflationary ramifications of such a move”.
He observed that coins were still being used in advanced countries, including the United Kingdom, Japan, the European Union and the United Arab Emirates, but lamented Nigeria has now become the only country in West Africa “where there is a total absence of the coins in the economy.”
“In Nigeria, there are two types of retail payments; the highly repetitive small value transactions, such as urban transportation, sweets, cigarettes, kola nuts, sachet water, vegetable etc., as well as, less frequent but high value transactions like clothing, footwear, raw foodstuff, electronics etc.
“Coin currencies are designed globally to cater for highly repetitive transactions because of the nature and conditions under which they happen, such as crowded markets, bus stations, congested traffic, and varying weather conditions, including rainy, sunny and humid conditions in which notes are ill-suited for them.
“Countries regularly upgrade their coinage to keep pace with the prices of this category of retail items,” Mr. Bukar explained.
Following the motion, the Senate, led by Ike Ekweremadu, resolved to urge the CBN to intensify efforts to bring coins back to the economy; and convert lower currency notes into coins to be used “side-by-side with the notes” to facilitate highly repetitive retail transactions in the country.
The Senate also urged the CBN to impose sanction on any commercial bank that rejects coins as deposit.
Nigeria’s current currency notes are: N5, N10, N20, N50, N100, N200, N500 and N1000.
Mr. Bukar did not mention exactly which ones he defined as “lower notes”.
Nigerian Senate Wants Lower Naira Notes Changed to Coins was last modified: May 23rd, 2017 by Arinze Ago

500 Quran Reciters Gather to Pray For President Buhari In Zamfara