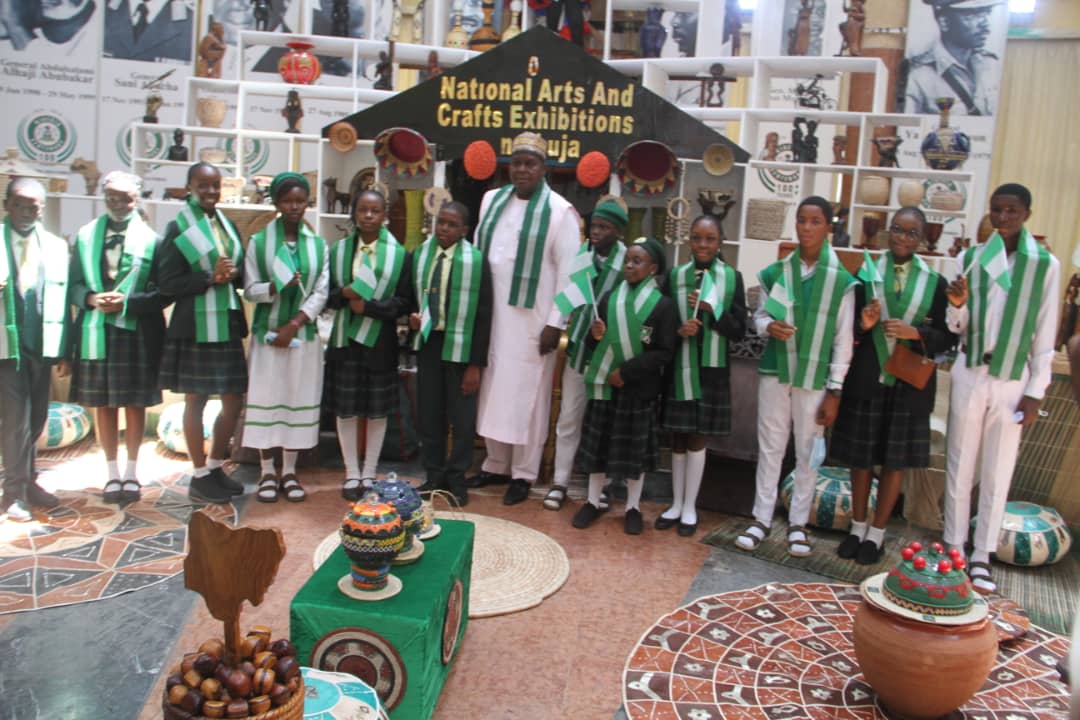 As a follow up to the cultural exhibition for the 61st Independence anniversary celebration held by the National Council for Arts and Culture on the 30th of September 2021, the Council held a similar exhibition for Nigerian school youths and school children at the state house.

The essence of the exhibition as directed by President Buhari was to catch the Nigerian school children young in nationalism, patriotism and cultural orientation.

The Director General, National Council for Arts and Craft who is also the President World Craft Council African Region, Otunba  Segun  Runsewe assured the children that they are the future leaders of tomorrow and that they should start early to develop the right frame of mind to enable them achieve great feats in life.

Runsewe in his welcome address said to the children that among them are future leaders of tomorrow as Presidents, Vice Presidents, Governors, Deputy governors, Ministers, Senate Presidents, Judges, Senators, Speakers of the federal and state assemblies,  Commissioners, etc of this great country called Nigeria

Runsewe while decorating the children as future ambassadors of this great nation told them that they should start now to prepare their minds to take over the affairs of this country when the time is ripe.

He admonished them to get to know each other, build bridges and  relationships  that will cut across zones, ethnic and religious boundries  and above all put their country and nation building first  in all their  endeavours so that their patriotism to their fatherland will not be questionable.

No Law Mandates Me to Discuss Contracts...