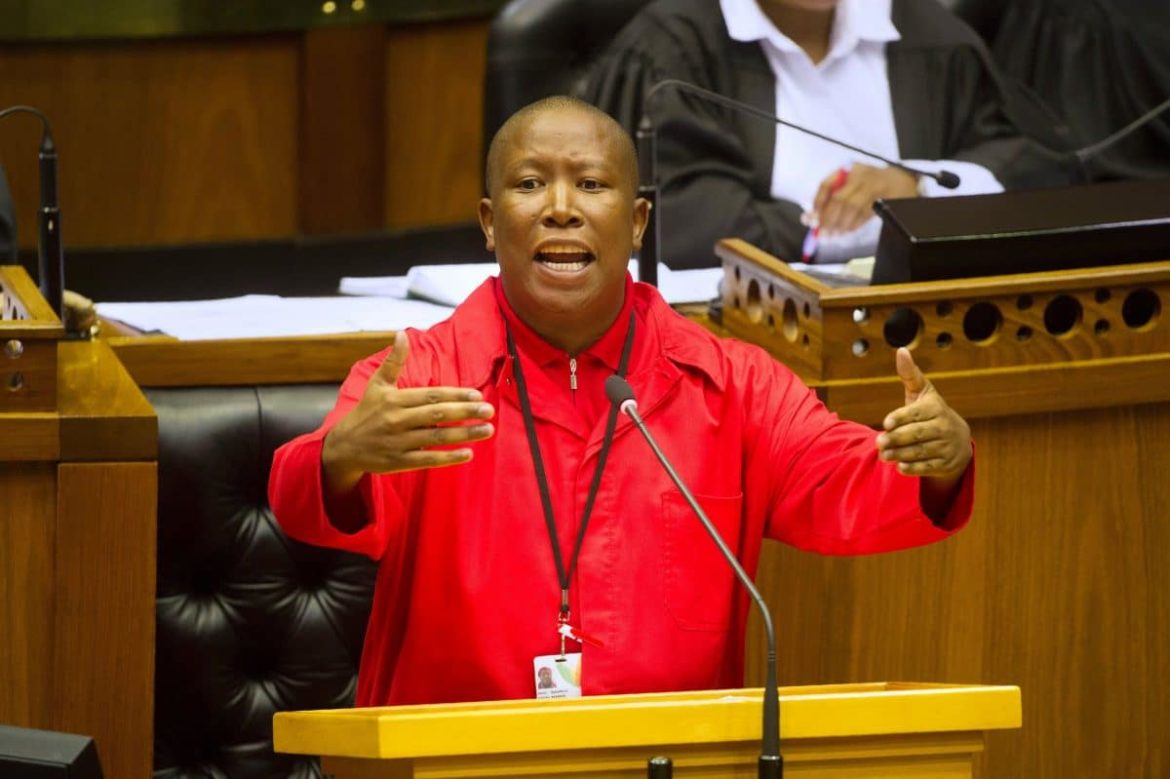 Julius Malema, leader of Economic Freedom Fighters, EFF, has assured that South Africa is for everybody.

Malema said this while condemning the renewed spate of xenophobic attack on foreigners in South Africa.

The President of the Nigeria Union South Africa (NUSA), Adetola Olubajo who confirmed the development to NAN said the attacks began on Sunday morning in Jeppestown area of Johannesburg when a building was set ablaze by an angry mob.

“The mob also looted several shops that were around the vicinity suspected to be owned by foreign nationals. But the Police later dispersed the mob and made some arrest.

“Late in the evening of Sunday, Sept. 1, a group of violent locals suspected to be Zulu hostel dwellers besieged Jules Street in Malvern, Johannesburg looted and burned shops/businesses,’’ he said in a statement made available to the News Agency of Nigeria (NAN) in Lagos.

Reacting to the development, Malema called for an end to the attacks on foreigners because South Africa was for all.

In a statement he signed, Melema also dismissed claims that foreign nationals were taking job opportunities meant for South Africans.

“When it is a white person in South Africa undocumented it’s called an investor, including Indians and Chinese. Self hate must come to an end!

“Africa we are one, Nigerians are our brothers. Let’s be tolerant.”