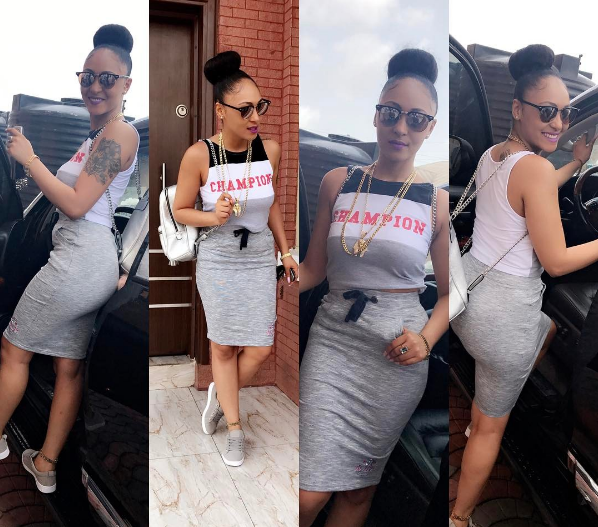 Roseline Meurer, the acclaimed lady accused of causing the marital crisis between Tonto Dikeh and her ex-husband, has been blasted by her followers shortly after she took to IG to post the above photos with the caption; “He awaits his Queen”.

Most of them just went in on her. They claim the man she is waiting for is Churchill, Tonto Dikeh’s ex.

Nigerians Come For Rosy Meurer Over Her IG Caption ‘He Awaits His Queen’ was last modified: March 24th, 2017 by Reporter