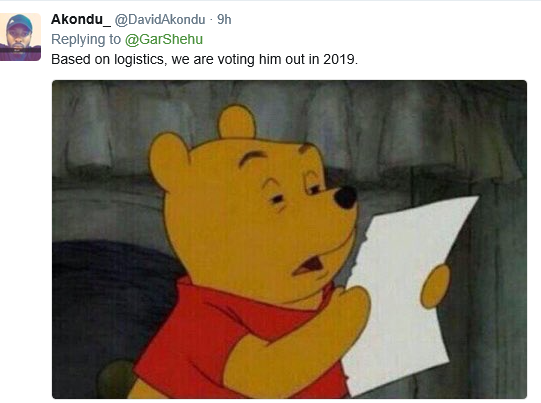 With Efe’s victory at the just concluded #BBNaija show, his favorite phrase, ‘Based on logistics’ became a trending phrase on social media and President Buhari’s special adviser on Media and Publicity, Garba Shehu tapped into it as he tweeted,

‘Based on Logistics, PMB is committed to delivering on the 3 key areas that he promised (Tackling Corruption, fixing the Economy & Security)’. Nigerians with no chill on Twitter, immediately came for him from all angles 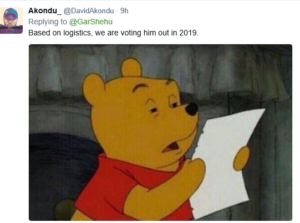 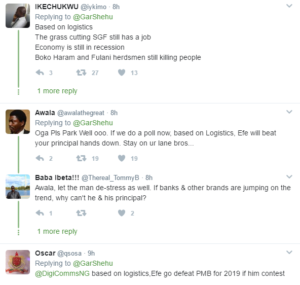 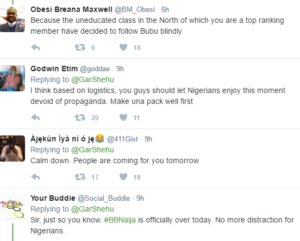 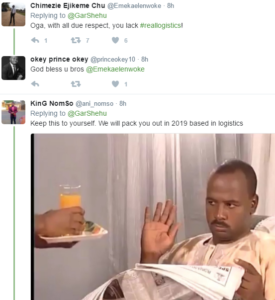 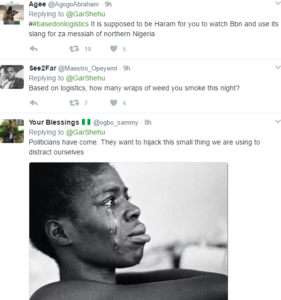 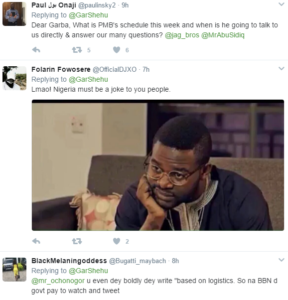 Nigerians react as Buhari’s aide used ‘Based on Logistics’ in a tweet was last modified: April 10th, 2017 by Reporter