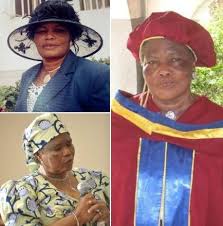 Born on the 13th of May 1938, the Morocco-Clarke matriarch passed away peacefully on Sunday, 16 September 2018, after a short illness.

Sarah Morocco-Clarke, an alumnus of Queen’s College Lagos, Nigeria, started her career with First Bank (then Bank of British West Africa, and subsequently Standard Bank) as a pioneer female employee, rose through the ranks at First Bank Nigeria and was made the Services Manager and Secretary to the South Administration, wherein she had a mandate that covered the services of all the First Bank branches in Southern Nigeria.

While she worked in the banking industry, Sarah Morocco-Clarke was the manager of numerous First Bank branches in Lagos and was subsequently made a Regional Manager in charge of Bendel, Ogun and Oyo states.

She was also an Area Manager in the Western part of Nigeria. Popularly known as the ‘Iron Lady’ , a moniker seemingly taken from references to the then British Prime Minister, Margaret Thatcher, Sarah Morocco-Clarke was given this nickname because of her stern mien and no-nonsense attitude professionally.