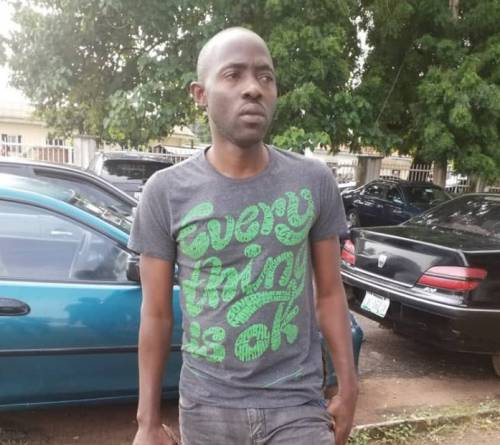 One of the most wanted internet fraudster (yahoo boy)suspects by the Federal Bureau of Investigations (FBI) Joseph Oyediran, has been remanded in prison custody.

The 36-year-old Oyediran was arraigned before Justice Mahmood Abdulgafar of a Kwara State High Court sitting in Ilorin, on a five-count charge bordering on internet fraud and other related offences.

Count two of the charge said, “That you, Joseph Oyediran (Joe MG, Morris Graves), sometime in May 2015, within the jurisdiction of this honourable court, with intent to defraud, obtained the sum of N1.4 million from one Andrea Smith, an American woman on the false pretence that you were Joe MG a white American man in love with her, a representation you knew to be false and punishable under Section 1(3) of the Advance Fee Fraud and other fraud-related Offences Act no. 14of 2006.”

Oyediran was arrested and paraded by operatives of the Economic and Financial Crimes Commission (EFCC), Ilorin zonal office some weeks ago.

He, however, pleaded not guilty to all the charges levelled against him by the anti-graft body.

Prosecuting counsel, Sessan Ola, urged the court to accept the charge and allow the accused person to take his plea. Counsel to the accused, M.A Bello, did not object to the application.

After the plea was taken, the prosecuting counsel demanded a trial date to enable the prosecution to prove its case and prayed the court to remand the defendant in custody pending the hearing and determination of the matter.

Justice Abdulgafar ruled that the accused person be remanded in Mandala Prison and adjourned the case until October 9, 2019, for the commencement of trial.