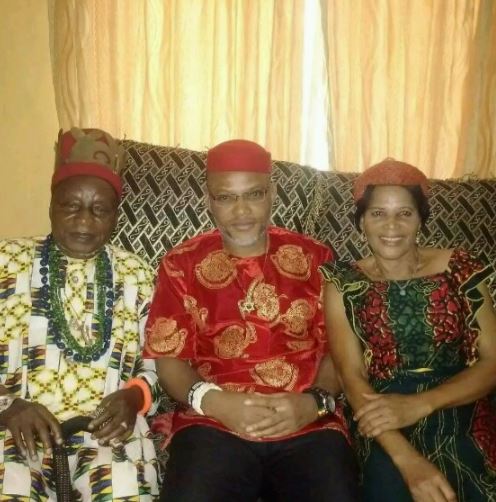 The leader of the Indigenous People of Biafra (IPOB) Nnamdi Kanu has finally arrived his hometown in Isiama Afara, Umuahia in Abia State. Kanu who was recently released from prison was welcomed by his father Eze Isreal Kanu and wife.

He arrived Umuahia on Friday, May 5. He later took some snaps with his parents.

Since his release, Kanu has been meeting notable Igbo sons as he tries to unite them. He recently visited a site where IPOB members were slain. Nnamdi Kanu Arrives His Hometown In Umuahia, Meets His Parents was last modified: May 5th, 2017 by Arinze Ago