Home Media Nnamdi Kanu is so obsessed with Biafra that he would sacrifice me and the children, says wife
MediaPolitical Gists 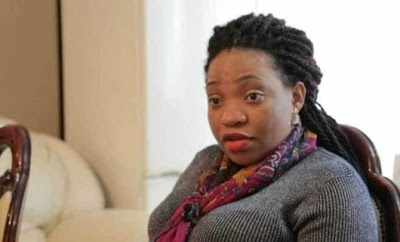 In an exclusive interview with ThisDay, Mrs Uchechi Nnamdi Kanu, wife of the leader of the Indigenous People of Biafra, Nnamdi Kanu, who is presently being tried for alleged treasonable felony among other charges, says her husband is so obsessed with the Biafran struggle to the point that he would gladly sacrifice her, their children and other family members,  if it is what it would take to actualize the struggle.
Read excerpts of the interview below:

It’s a year since your husband was detained by the federal government, how has your family been fairing without him?

My husband’s absence is being felt in the family as would any family without the head, but we are holding up alright under the circumstance we find ourselves.

Under this circumstance, would you advise him to dump the struggle and return to you, if you had the opportunity?
No. I will not advise my husband to jettison the struggle come what may. Anybody advising him to jettison the struggle, he will despise. That is his personality. To him, freedom from oppression is the holy grail. All he thinks about is Biafra and he would always say that he can only be regarded as a complete man when he’s able to rise up in the morning as a free man with Biafran flag flying on top of our house. That is what he always told me.

Okay, your husband’s insistence on the struggle makes him come across as a stubborn man. Can you tell us about him, how he lived in the house and the fond memories you have of him?
My husband is indomitably obstinate when it comes to fighting a good cause – he abhors oppression. My husband is a kind-hearted and very intelligent man, whose witticism can crack your ribs for a very long time. When he is at home, you will know. He is a man that is obsessed with Biafra to the point of insanity and many times he has said publicly that he would gladly sacrifice me, the children and the wider family, if that is what it would take for Biafra to be free. That is the type of man Nigeria is facing, and that is the kind of man my husband is.