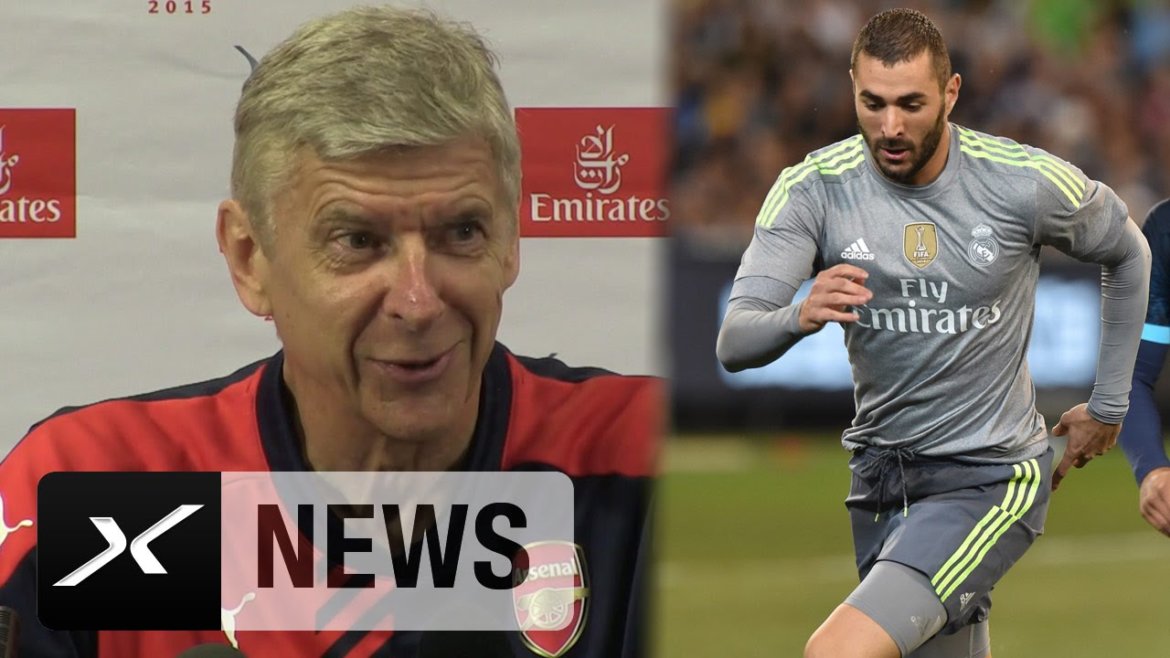 The France international has long been mooted as a target for the Gunners, but the man in charge at Emirates Stadium believes the ongoing speculation is driven purely by nationality.

When quizzed on why he thinks Benzema is generating transfer talk once again, Wenger said: “Because he is French and maybe there is a bit of noise that he could leave Madrid.”

The 29-year-old has incurred the wrath of Real supporters of late, with the Santiago Bernabeu faithful less than impressed by his contribution to the collective cause.

There have been calls for him to be dropped by Zinedine Zidane, with Alvaro Morata considered to be more deserving of a regular starting role.

That has helped to spark further exit speculation, but Wenger is adamant that he has no need to bolster his attacking options.

He saw Danny Welbeck get back into the goalscoring groove in a FA Cup clash with Southampton over the weekend, in a fixture which also saw Theo Walcott net a hat-trick.

Olivier Giroud has impressed over recent months, while Alexis Sanchez remains a talismanic figure and Lucas Perez a useful option to have in reserve.

Wenger added: “There is no need for us to buy any strikers.

“On our front, we have a big squad and don’t need to buy.

“I believe that numbers and quality wise we have what is required.”

When pushed on whether he could move for Benzema in the summer, however, Wenger continued: “In the summer window? That’s not my worry at the moment. My worry is the next game against Watford.”

“There is no need for us to buy any strikers” – Arsene Wenger Plays own Karim Benzema Rumours was last modified: January 30th, 2017 by Damilare Salami

The Exciting Story Of My 11 Years On The Throne – ALAKE Of Egbaland, Oba ADEDOTUN AREMU GBADEBO