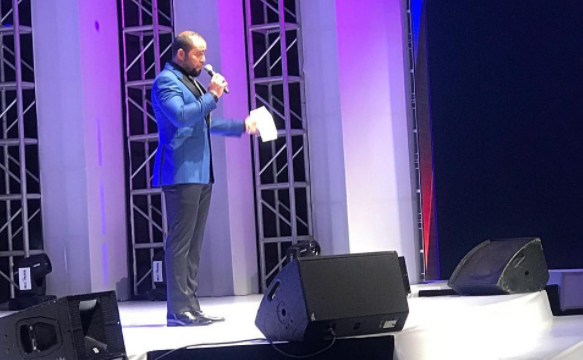 For the very first time in history, no Nigerian actor won an individual category at the 2017 African Movie Academy Awards (AMAA) which held on Saturday.

Also, none of the major categories was won by a Nigerian actor.

The consolation for Nigeria in the major categories was CEO, a Kunle Afolayan flick, which won best actress in a supporting role, a category earned by Beninese singer/actress, Angelique Kidjo.

It was a shock for celebrities and fans of Nollywood in attendance as Felicite, a Senegalese movie, won awards for best film, best actress in a leading role and best actor in a supporting role.

Félicité was the biggest winner of the night as the movie scooped a total of six awards.

The 13th edition of AMAA held at EKO Hotel and Suites, Lagos, on Saturday.

Here are winners of the six major categories.

Best actress in a supporting role

Best actor in a supporting role

Richard Seruwazi – While We Live

Best actress in a leading role

Josette Bushell-Mingo – While We Live

Best actor in a leading role

Amine Ennaji- A Mile in My Shoes

Jahwar Soudani (The Last of Us: Tunisia) WINNER

Ala Eddine Slim- The Last Of Us

Said Khallaf – A Mile in My Shoes

The Last Of Us – Tunisia

A Mile in My Shoes – Morocco

No Nigerian actor won at the AMAA 2017 yesterday was last modified: July 16th, 2017 by Reporter