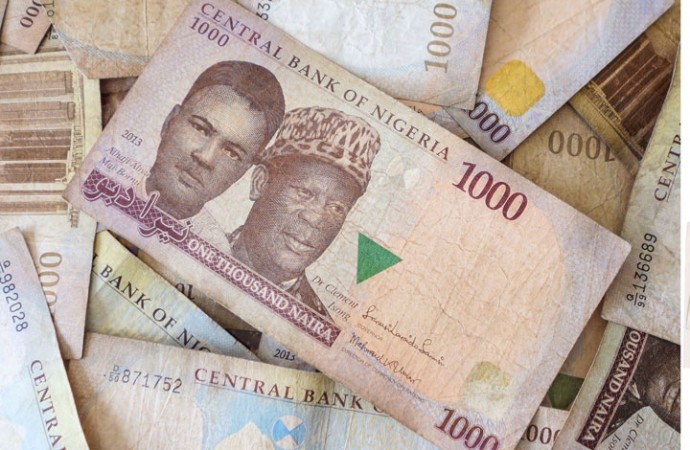 The President, Association of Bureau De Change Operators, Alhaji Aminu Gwadabe, says the Central Bank of Nigeria has told its members that it does not intend to devalue the naira.

The CBN also said it would support the local currency at its current levels, especially with a recent rise in oil prices,

Gwadade said the CBN Governor, Mr Godwin Emefiele, told the group in a meeting that it was looking at ways to boost dollar liquidity at the official market to eliminate the spread of the parallel market.

The Federal Government has been pressing the BDC operators to narrow what it says is a damaging gulf between the naira’s official rate – currently 305 to the dollar – and the parallel rate, which has been as weak as 490 in recent days.

ABCON had on Tuesday set its first ever reference exchange rate for the naira at 399 per dollar ahead of the CBN meeting.

“With the recovery of oil prices, the CBN has no intention of devaluing the currency and intends to support the naira at the present level,” Gwadabe said, quoting the CBN governor.

The central bank data showed that foreign exchange reserves rose by 6.68 per cent to $26.65bn on January 10 from a month before, the highest level since May, driven by a rise in crude prices.

The CBN appealed to operators to follow the rules in order to avoid sanctions and curb speculation on the currency.

Economic and currency experts have expressed divergent views on the outlook of the naira this year.

While some said the naira would experience the further decline at the parallel market this year, others said the volatility noticed in the exchange rate last year could not continue this year.

According to Ezun, the naira will continue to depreciate at the parallel market while the Central Bank of Nigeria will keep managing the official rate around 305/dollar.

“It will depreciate further but there has been some resistance around 500/dollar. The CBN seems to have come to the end of monetary policy because it is the issue of liquidity,” the Ecobank analyst added.

For a director at Union Capital Markets, Mr Egie Akpata, the direction of the naira-dollar exchange rate this year will be determined by the CBN’s policies, oil output and price.

He said, “A lot depends on what the CBN does because the exchange rate is driven by the kind of administrative management in place in the forex market. The direction of the oil price and output this year will also determine which way the exchange rate will go.”

An economic analyst at EY, Mr Bisi Sanda, believes most economic indicators are moving in the direction that is favourable to the country.

He, however, said that unless the economic and forex managers used this to the country’s advantage, the naira and the economy, in general, would be thrown into further chaos.

No plan to devalue naira – CBN tells BDCs was last modified: January 13th, 2017 by Arinze Ago

How Micro Finance Banks Will Benefit From...