Home Interviews THERE IS NO RAPPER BETTER THAN ME IN NIGERIA – BUZZING ACT, CEEBOI CHALLENGES
Interviews 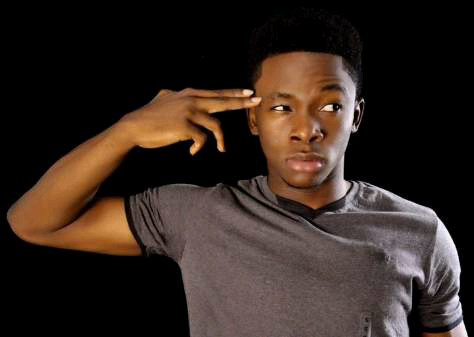 Having released two EPs in 2016, “Capital budget” and “Best Rapper” with appearances from Ice Prince, Seriki, Jahbless, Sojay, Kida Kudz, this rapper had set his mind on the bigger picture. The social media space, in the last five weeks had been awash with the news of Ceeboi’s new song, who is described as the protégé of Krizbeatz, and in less than one week, the song and video had enjoyed sizable number of reviews. No wonder he was the artist of choice at the recently concluded Gbenga Adeyinka’s Laff Mattaz in Ilorin.

Timileyin Olayinka Famuagun (born October 19, 1993), better known by his stage name, Ceeboi is a Nigerian hip hop recording artist, Rapper, songwriter and a professional dancer. Ceeboi received his first recognition in 2008, as the 1st Runner-up at Malta Guinness Street Dance West Africa (Southwest zone of Nigeria). CeeBoi as a solo dancer emerged 2nd at Stunt Battle in all categories in Japan in 2009 and 3rd at Sprite Triple Slam in Lagos same year. In 2011 he released his first single titled “Kamilowoko” which was widely accepted in Africa and beyond, He was contacted by Nigerian Music Mogul “Jahbless” and subsequently signed to his Management Emusicexchange in 2015.

Following the release of his anticipated single and visuals, Make Way, last month, World Wave Empire record label artiste, Ceeboi, has declared himself to City People Showbiz Duo, DANIJI EMMANUEL and MABIFA KONYINSOLA as the fastest and best rapper in the music industry just as he hinted that he would welcome a rap challenge from any rapper who wants to contest with him.

I didn’t start with music; I started dancing with my elder brother before I switched to music. I still combine both actually.

What inspired you to go into music?

Back then I used to write songs in my room. I used to beatbox and rap. People around me at that time inspired me a lot, because I wasn’t confident enough to go outside to rap, with the help of those guys back then, I was able to come out of my shell.

How was growing up?

How did you coin your stage name ‘Ceeboi’?

The name was given to me by my mum, when I asked her what name I should use; she said I should put God first. I removed ‘C’from Chris, which was how I got my stage name ‘Ceeboi’.

How has the journey been?

The journey has not been easy but we thank God and right now things are working out for good.

What was the first song you dropped?

I dropped my first single in Ibadan then and it was titled ‘Jesu lokami lowo Ko’, it was everywhere in the South-West. I actually recorded the song for free, I was rapping and freestyling, then this guy fell in love with what I was doing. He invited me to the studio to work with his producer; his name is ‘BigSam’. I recorded the song and he promoted it, within 3 weeks the song was everywhere. The producer had to call me back to record another song, which was how it started.

How did you feel when the producer called you back to record another song?

Actually I didn’t even know how much it will cost me to record a song, I felt very good because my talent was appreciated by strangers, I decided to show more love.

What brought you to Lagos?

Lagos is the home of excellence; it is where you need to be to push your brand if you want to be known in Nigeria. Definitely, I have conquered southwest, I’m the king, I needed to come to Lagos to take charge and that is what is happening now.

What projects are you currently working on?

I have a new song titled ‘make way’ featuring one of the best vocalist in Africa ‘Sojay’  and it was produced by one of the best producers in the world ‘Krizbeatz’ ,the video is out too, It was shot by Lukasred. After ‘make way’, expect more hits back to back.

Why did you choose rap?

I will like to call myself a bunch of talent, because I can rap, I can sing, I can dance, I can make you laugh but I feel more comfortable doing rap. I love Hip Hop and I have not been pleased with the way Nigerian music is going, majority of the artistes don’t even remember what hip-hop is. I’m coming out to say I’m the best rapper; I need to change a lot of things.

What makes you think you’re the best rapper, what gives you the confidence?

It’s not a feeling, when you’re so sure of something, you will be confident to say it anywhere. I know I’m the best, that’s why I say that.

I relax in the studio.

THERE IS NO RAPPER BETTER THAN ME IN NIGERIA – BUZZING ACT, CEEBOI CHALLENGES was last modified: September 26th, 2017 by Arinze Ago

The Many Set Backs I Have Been...

How I Started BOLUKE Pharmacy 27 Years...