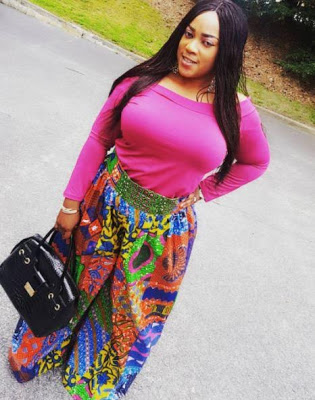 Nigerian actress, Lola Margaret has reportedly landed in serious trouble following her arrest by US security officials for engaging in credit card fraud.

Nollywood actress, Lola Margaret has reportedly been arrested in the United States over credit card fraud, according to LIB.
It was gathered that Lola ‘was picked up at the bank where she had gone to withdraw the cash. She is currently undergoing interrogation in the hands of the police in Atlanta, Georgia over a huge sum of money wired into her account and the collection method failed’ a source revealed.
It would be recalled that Nigerian singer Dammy Krane was arrested in the US for credit card fraud for same crime before he was released.
Nollywood Actress, Lola Margaret Reportedly Arrested for Credit Card Fraud in US was last modified: July 13th, 2017 by Arinze Ago