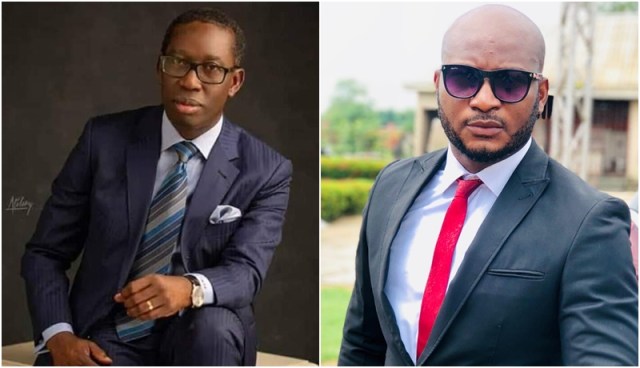 Nollywood Star and Special Assistant on Talent Development to Governor of Delta State, Mr. David Onome Ogbeni popularly known as Dave Ogbeni has congratulated Dr. Ifeanyi Okowa on his supreme court verdict that affirmed his 2019 gubernatorial election in the state.

In his goodwill message, the Deltan Born Nollywood actor said the unanimous judgment delivered today, Wednesday 8th January 2019 in Abuja, the nation’s capital by Justice Centus Nweze which held that the appellant, Mr Great Ogboru failed to prove allegations of over-voting is a clear cut affirmation that Gov. Ifeanyi Okowa’s Victory at the 2019 Gubernatorial polls was God’s original plan and Ordination.

Dave called on the Governorship candidate of the All Progressives Congress (APC) in the state, Chief Great Ogboru to put behind the outcome of the election and design a way to partner with Governor Ifeanyi Okowa to build a stronger Delta.

He also felicitated with the Governor, the People’s Democratic Party (PDP) in the State and Deltans in general at the outcome of the supreme court judgment.

“With this judgment, It shows God almighty has anointed His Excellency Governor Ifeanyi Okowa till 2023. He will now be more focus and implement his electoral mantra to Deltans.”