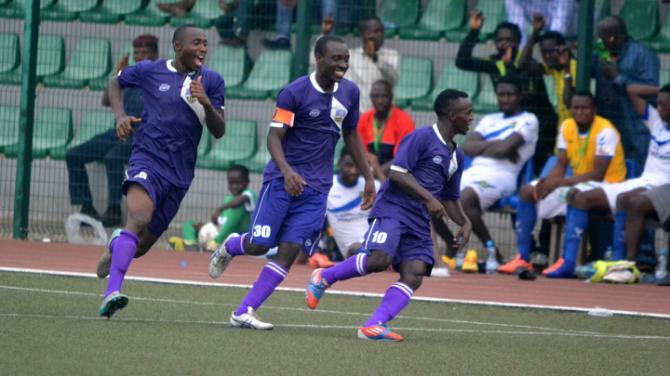 The two top teams on the log of the Nigeria Professional Football League NPFL both dropped points on Sunday but still remain a few points clear of the chasing pack.

Plateau United played 1-1 draw against Kano Pillars at the Sani Abacha Stadium while Lagos based MFM were held to a goalless draw by Enyimba in front of their home fans in Agege stadium.

Plateau remain top with 59 points while the Olukoya boys are still second on the log with 56 points.

Enyimba are fourth with 51 points and Pillars are seventh with 38 points.

Akwa United were defeated 1-0 by Sunshine Stars in Ijebu Ode with the only goal of the game coming from Ajibola Otegbeye’s spot kick in the 16th minute.

Akwa are third on the league table with 51 points.

Bolaji Adeyemo’s 77th-minute goal for Niger Tornadoes put a dent on El Kanemi’s quest for a continental ticket. The Maiduguri’s warriors dropped to the sixth position on the log.

Shooting Stars came back from a goal down to defeat Gombe United 2-1. They are now 14th on the log with 43 points.

The match between Rivers United and Katsina United will hold at the Yakubu Gowon Stadium, Port Harcourt, Rivers on Monday.

In other games, Abia Warriors recorded the only away win this weekend as they defeated Lobi Stars 4-2 in Makurdi while Remo Stars continued their relegation-bound journey with a 2-0 loss to ABS in Ilorin.