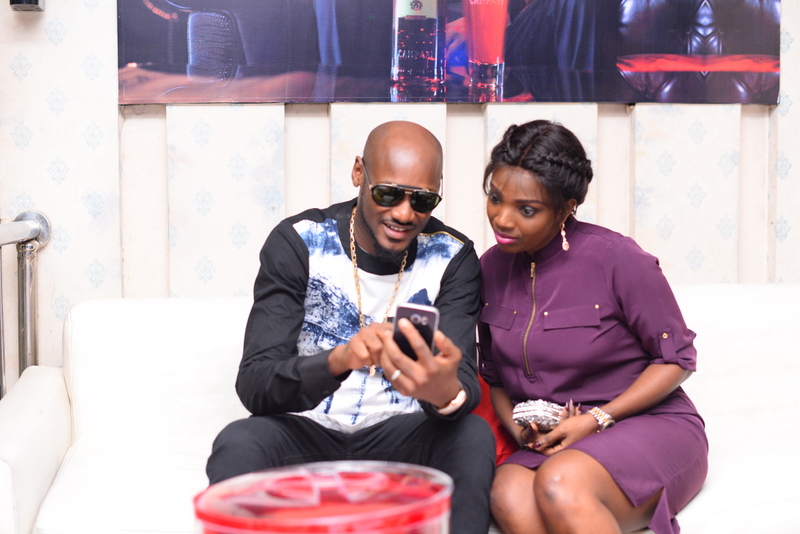 The award-winning Nigerian singer, Innocent Idibia, popularly referred to as 2Baba was honoured with the award of the Fellow of the school of music by the Department of Music, Obafemi Awolowo University (OAU) in Ile Ife.

2Baba becomes the pioneer recipient of the award, which was presented to him at the department’s first public lecture and fellowship award, on Wednesday.

The 43-year-old entertainer, who attended the event in the company of Annie Idibia, his wife, said he felt honoured to be accounted worthy of such recognition.

“Being the torch-bearer for the new pop movement is a role I do not take lightly. And I am honoured to have been found worthy of such noble albeit enormous responsibility,” 2Baba said.

He also delivered a lecture titled, ‘2 decades of Afro-pop in Nigeria: The perspective of 2Baba,’ at the Oduduwa hall, after which he thrilled the staff and students with 1-hour electrifying music performance.

The iconic singer was also a guest in the palace of the Ooni of Ife, Adeyeye Enitan Ogunwusi, who congratulated him on his latest achievements.

The monarch also shared a video on Instagram where he described the singer as a “peace ambassador to the throne of Oduduwa.”

“A great pleasure receiving TuFace, the peace ambassador to the throne of Oduduwa and his adorable wifey, Annie Idibia,” the monarch wrote.

“I thank God for your giant strides in life so far, especially the fellowship award given to Tuface by the Department of Music from the prestigious Obafemi Awolowo University (OAU); Congratulations!!!

“You are now also TuBobo; Annie, please don’t get angry about the new name I just gave your husband, it is because he looks much younger every passing day… I bid you greater successes in life.”

This is the second time the legendary singer will be getting special recognition from a higher institution.

2Baba was honoured with a Master of Arts in Music degree from Igbinedion University, Okada, Edo state in 2016.