Home News Oba Of Lagos Vs Ooni Of Ife, By Ebun-Olu Adegboruwa
News 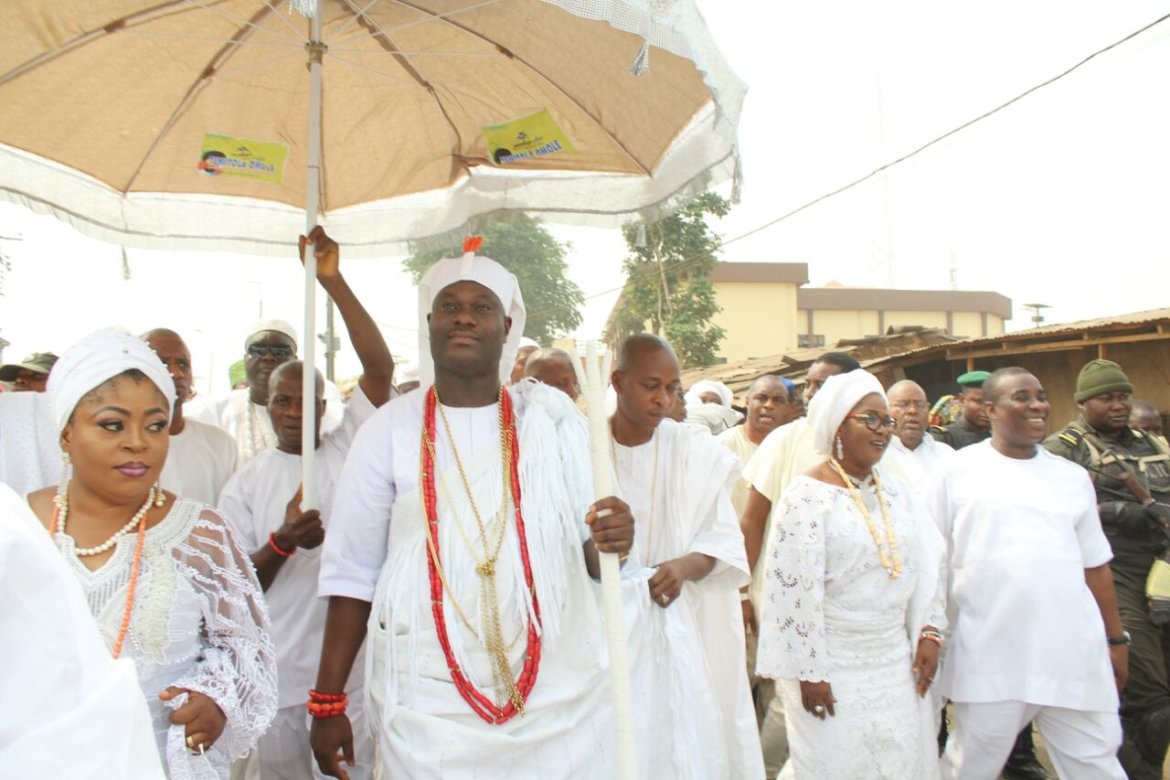 I’ve watched an online video wherein the Oba of Lagos SEEMED to decline the overtures of the Oni of Ife, in a public gathering.

I do not intend to dwell on the status of both Obas and I think elders should appreciate and reciprocate courtesies from their juniors. Respect is reciprocal.

That said, I believe that the Oni needs to ponder on a number of things. In this time of recession, the usually large entourage of the respected king should be trimmed down appropriately. In this particular video, it is clear that the Oni came to the event late, if not very late, as the Obi of Onitsha and the Oba of Lagos were already seated. To that extent it behaves the Oni to temper his protocol. I saw his retinue of aids falling over themselves to clean his chair and to cover him from public glare whilst sitting down.

I’ve watched the Queen of England on a number of occasions and even the immediate past Oni, and I cannot reconcile the flamboyant lifestyle of the present Oni with royalty. It even gets bigger when the Oni travels abroad.

I know the Oni personally. I’ve had cause to interact with him on some business and legal transactions, before his enthronement. He is a very hardworking and humble individual. And I know he has many estates scattered all over Lagos. So I do hope and believe that state resources are not involved in sustaining his opulent lifestyle.

My concern is that the Oni should learn some lesson from the current travails of the Emir of Kano. Obas should not live larger than life and their public outings should always reflect the mood of the nation and their immediate constituencies. That is not the case with the Oni presently.

I do not by any means support the action of the Oba of Lagos on this occasion but I believe that the Oni should endeavour to arrive early at public gatherings and if and when he arrives late, he should temper his protocols to avoid disruptions and distractions, especially if his elders are already seated.

The Oni still has a long way to go, so he should take things easy. I wish him well in all his endeavors.

Oba Of Lagos Vs Ooni Of Ife, By Ebun-Olu Adegboruwa was last modified: April 26th, 2017 by Reporter