Lagos and London social circuits were thrown into a mourning mood on Saturday, April 8, 2017, as tragic death of Olayinka Saheed Atiku, one of Nigeria’s most prominent Big Boys, who died in Lagos, was announced 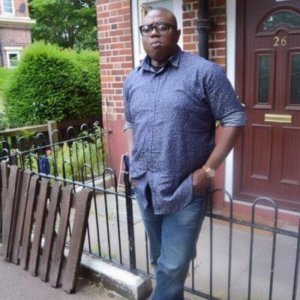 The sociable Big Boy was the best friend Oba Saheed Ademola Elegushi, the Elegushi of Ikate Kingdom. The two had been friends right from their primary school days in Lagos.

A highly successful businessman, Atiku died in a hospital in Lagos, after he reportedly complained of pain in the legs.

According to The ELITES, the personable Big Boy was driven to the hospital by one of his close friends, Oba Dosunmu, the Akinshiku of Lagos. Tragically, few hours after his arrival at the hospital, he was pronounced dead.

His remains will be interred at 2.00pm today, at the Ebony Cemetery, Ikoyi.

A prayer session will also hold in London today.