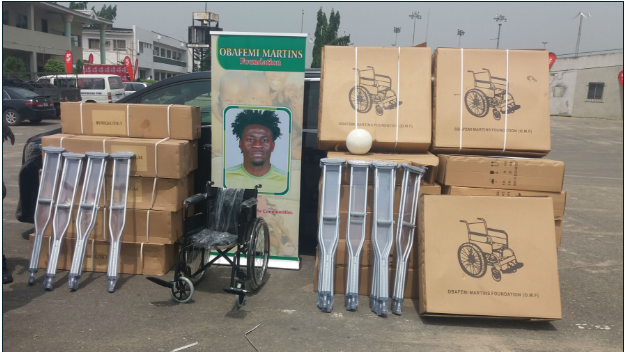 Former Super Eagles striker, Obafemi Martins continued with his incredible impact off the pitch as he donated wheelchairs and crutches to disabled people living in Lagos State.
The Shanghai Shenhua’s forward has been involved in several philanthropic campaigns over the course of his career, and the latest was donating over 500 wheelchairs and clutches through Obafemi Martins Foundation at an event held at the National Stadium in Lagos on Tuesday.
In his address, Martins’ representative Deji Olusesan said the core of the foundation is to reach out to the less privileged in the society rather than wait for the government to do everything. 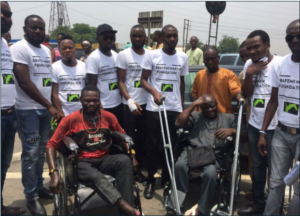 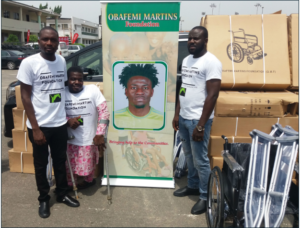 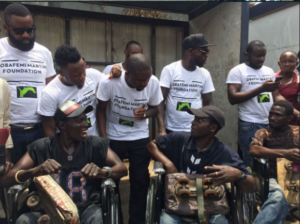 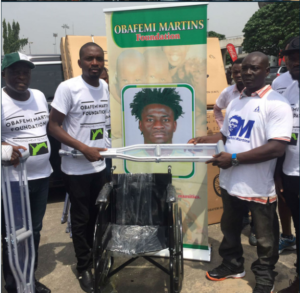 ”Giving back to the community is our slogan and that is the essence of this presentation,” said Olusesan.
”Donating to people with disabilities is a section of what we have been doing because we have carried out several charity works and more are in progress.
”Obafemi Martins is a giver and he has vowed to continue doing this till he is tired because he wants to see everyone happy.’’
Dr. Rafiu Ladipo and Nigerian power lifting coach, Prince Feyisetan Are who witnessed the occasion thanked ‘the weapon of mass destruction’ for his compassionate act, while urging Nigeria footballers to follow his footsteps.

“I Won’t Stop My Daughter From Being...