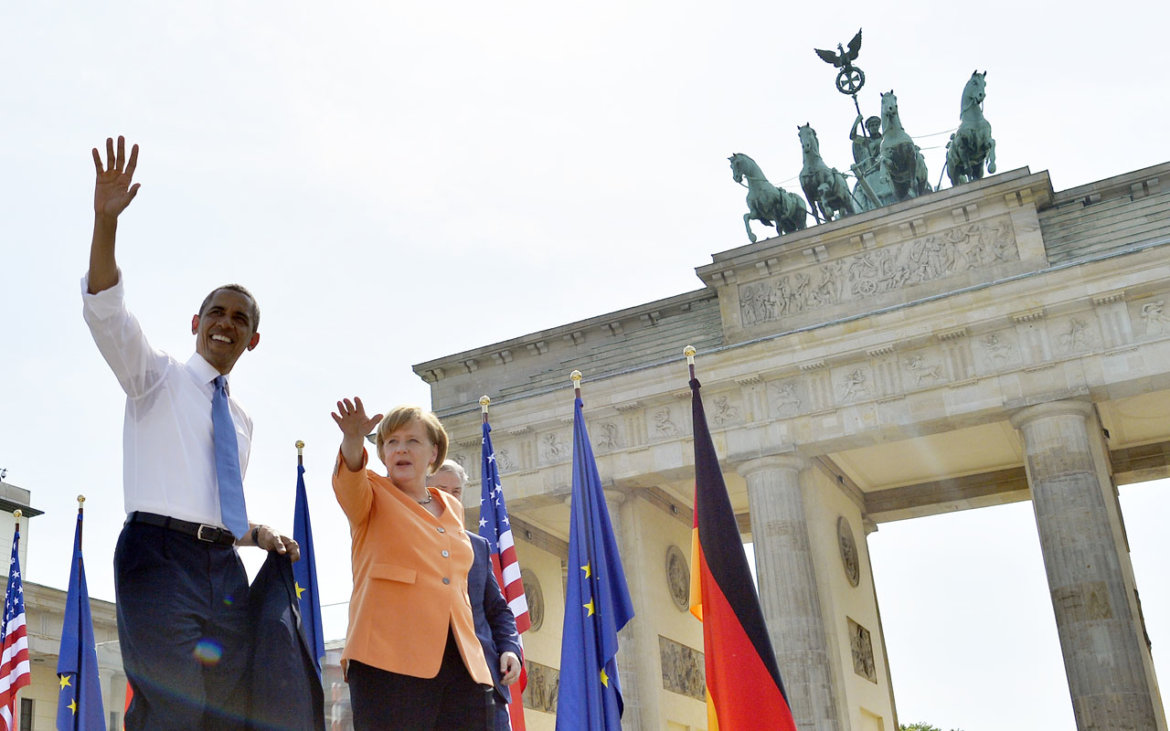 (FILES) This file photo was taken on June 19, 2013, shows then US President Barack Obama waving next to German Chancellor Angela Merkel after his speech in front of Berlin’s landmark the Brandenburg Gate near the US embassy in Berlin. Former US President Barack Obama will attend the 36th German Protestant Church Congress (Kirchentag) on May 25, 2017, and meet German Chancellor Angela Merkel at Berlin’s famous landmark Brandenburg Gate, the event’s organisers said on April 11, 2017. / AFP PHOTO / JEWEL SAMAD

Former US president Barack Obama will join German Chancellor Angela Merkel to speak at a Protestant church gathering in Berlin in May, the organisers said Tuesday.

Obama, a regular churchgoer, will participate in a discussion called “Engaged in shaping democracy — taking responsibility at home and in the world” on May 25 at Berlin’s Brandenburg Gate.

It is part of this year’s Kirchentag (Church Day), which runs from May 24 to 28, and is expected to attract 140,000 visitors.
Co-hosted by the Obama Foundation and Germany’s Evangelische Kirchentag (Protestant Church Day), the event will also feature Reverend Thabo Makgoba, the Anglican Archbishop of Cape Town.
This year’s Church Day comes as Germany commemorates the 500th anniversary of the Reformation, a seismic theological shift started by Martin Luther who criticised the indulgences of the Catholic Church and challenged the authority of the Pope and place of the saints.

Luther’s 95 theses, which he nailed to the door of a church in eastern Germany’s Wittenberg in 1517, led to the split with the Catholic church and gave birth to Protestantism.

Obama, who developed a close working relationship with Merkel during eight years in the Oval Office, visited Berlin in November as part of his last foreign tour before handing over to President Donald Trump.

It was also in the German capital where Obama held the biggest rally of his 2008 watershed campaign.

Although Merkel barred him from speaking at the Brandenburg Gate, Obama — then a senator — drew 200,000 cheering fans to the nearby Victory Column monument for a speech about ripping down walls of division.

He finally spoke at the Brandenburg Gate in 2013, to an audience of invited guests.
–
–
AFP

Obama to join Merkel at Protestant gathering in Berlin was last modified: April 11th, 2017 by Arinze Ago