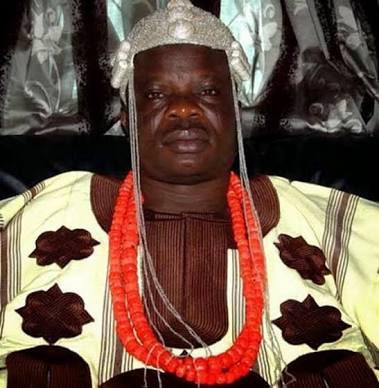 The Olofa of Offa, Oba Muftau Gbadamosi, has called for the deployment of more police personnel in Offa to strengthen security in the town.

Gbadamosi made the appeal while receiving the Commissioner of Police in Kwara, Mr Aminu Saleh, during his courtesy visit to the palace on Wednesday.

The News Agency of Nigeria (NAN) reports that the commissioner was at the Olofa’s palace as part of his tour of the Area Commander in Offa.

Read Also: Job Creation: Obaseki assures Edo youths of preference
The Olofa said the police personnel in Offa were not enough to protect the ever-increasing population in the town.

“Offa is expanding everyday with different people from all parts of the world coming to settle down for business as well as education.

“We need more officers and men of the police to maintain peace. You can’t compare Offa of ten years ago to the Offa of today. The population is growing faster.

“Post your men here, we will give them accommodation in comfortable apartments,” he appealed to the Commissioner.

Gbadamosi said the community had built 50 units of 2-bedroom flats in response to the Bank robbery incident of April 5.

He added that a Guard house, Quarter guard and Armory were under construction and expected to be completed as soon as possible.

“We hope to commence the building of Administrative block after Sallah celebration,” he said.

According to the monarch, all these facilities are for the policemen posted to Offa.

He also urged the commissioner to use his office to invite the Inspector-General of Police to commission the projects after their completion.

The commissioner assured the monarch of proper security measures for Offa and neighboring towns.

He described security as everybody’s business that should not be left for police alone, calling on the community to join hands with the Police to secure lives and property.

He also advised the youths not to allow themselves to be used as thugs during the 2019 general elections in the state.

“You should refrain from any form of crime during the elections. Make positive impact and build your future, ” he said.

Saleh urged the Olofa to set up a team that would sensitise the youths to stay away from violence.