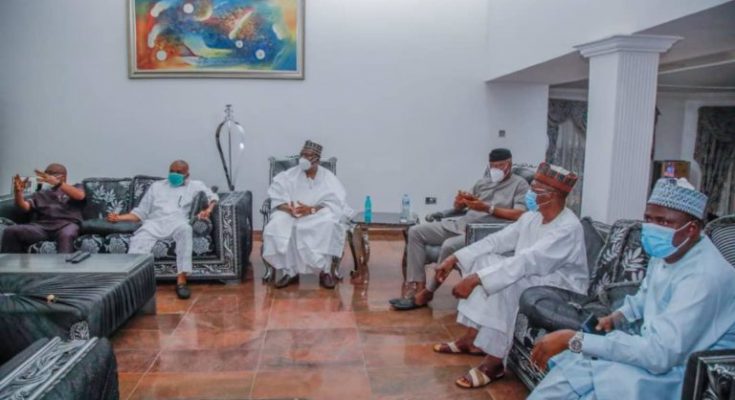 The Senate ad-hoc committee investigating the N40 billion corruption allegation against the interim management committee (IMC) of the Niger Delta Development Commission (NDDC) was stunned on Thursday when an official accused unnamed members of the parliament of ‘hijacking’ the commission’s budgets over the years.

In his submission, at the hearing, the acting deputy director, projects, NDDC, Cairo Ojougboh, said the budgets of the commission ”have always been hijacked by the leadership of the committee on NDCC from both chambers for their personal gain”.

He asked the National Assembly ”to let the commission function in peace.”

“The budget(s) of the NNDC from 2001 till date, has (have) always been hijacked by the two chairmen of the committee; the chairman in the house and the chairman in the Senate,” the angry official said. ”Not one kobo has been misused since the coming of the IMC.

“We want to beg the National Assembly that they should allow the people of the Niger Delta to grow. Since the inauguration of the IMC, we have not known peace. It has been one false allegation after another.

“Some contracts supplied to ‘an NDDC warehouse’ along Benin-expressway. The warehouse belongs to Peter Nwabaoshi (a senator). About 2900 emergency projects were awarded and Mr Nwabaoshi collected 1000 of them saying he will distribute them among senators and House of Representatives members. But when asked, lawmakers denied receipt. We are being accused because we are working for the region and because they want to take over the commission.

“NGOs were paid N50 billion but they (chairmen, committees of both chambers) cut it to N49 billion each. They want us out to put people they can control.”

The Senate and House of Representatives are probing an allegation the NDDC interim committee ‘squandered’ N40 billion within three months. They also seek account for other financial transactions within this period.

At the investigative hearing on Thursday, the lawmakers grilled members of the board who appeared before the committee over alleged discrepancies in the budget submitted by the commission, the Accountant General of the Federation (AGF) and the Central Bank of Nigeria (CBN).

The chairman of the committee, Olubunmi Adetunmbi, pointed out that while the commission said it spent N81.5 billion, the AGF submitted N82 billion and CBN submitted N92.2 billion between October 2019 and May 2020.

The committee sought explanations as to how other allocations in the budget were implemented. They include: