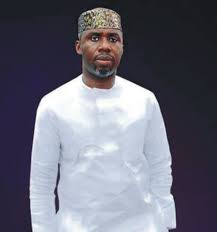 Uche Nwosu, the Chief of Staff and son-in-law to the Imo State Governor, Rochas Okorocha, on Saturday, opened up on his governorship ambition, saying his father-in-law would not dictate his actions if he becomes governor.

Okorocha’s endorsement of Nwosu had sparked a row in the state.

Nwosu, who spoke in an interview with Sunday, dismissed the insinuation that he would be manipulated to do the bidding of Okorocha if elected as governor.

He said, “This is another tool of blackmail employed by mischievous politicians who have been dislodged in the state. Some people are saying they do not want me to be governor because I am Okorocha’s son-in-law. They claimed that if I become governor, Governor Okorocha would manipulate me and tell me what to do. If tomorrow they say Uche Nwosu is the governor, Okorocha will not say, ‘let me give him a list’ like other people do.”

He advised other governorship aspirants in the state to discuss their plans and programmes for the people of the state instead of criticising his ambition because he is an in-law to the governor.

“Governor Okorocha will not impose somebody on the people. Naturally, the time will come when the people will choose who they want to govern them.”