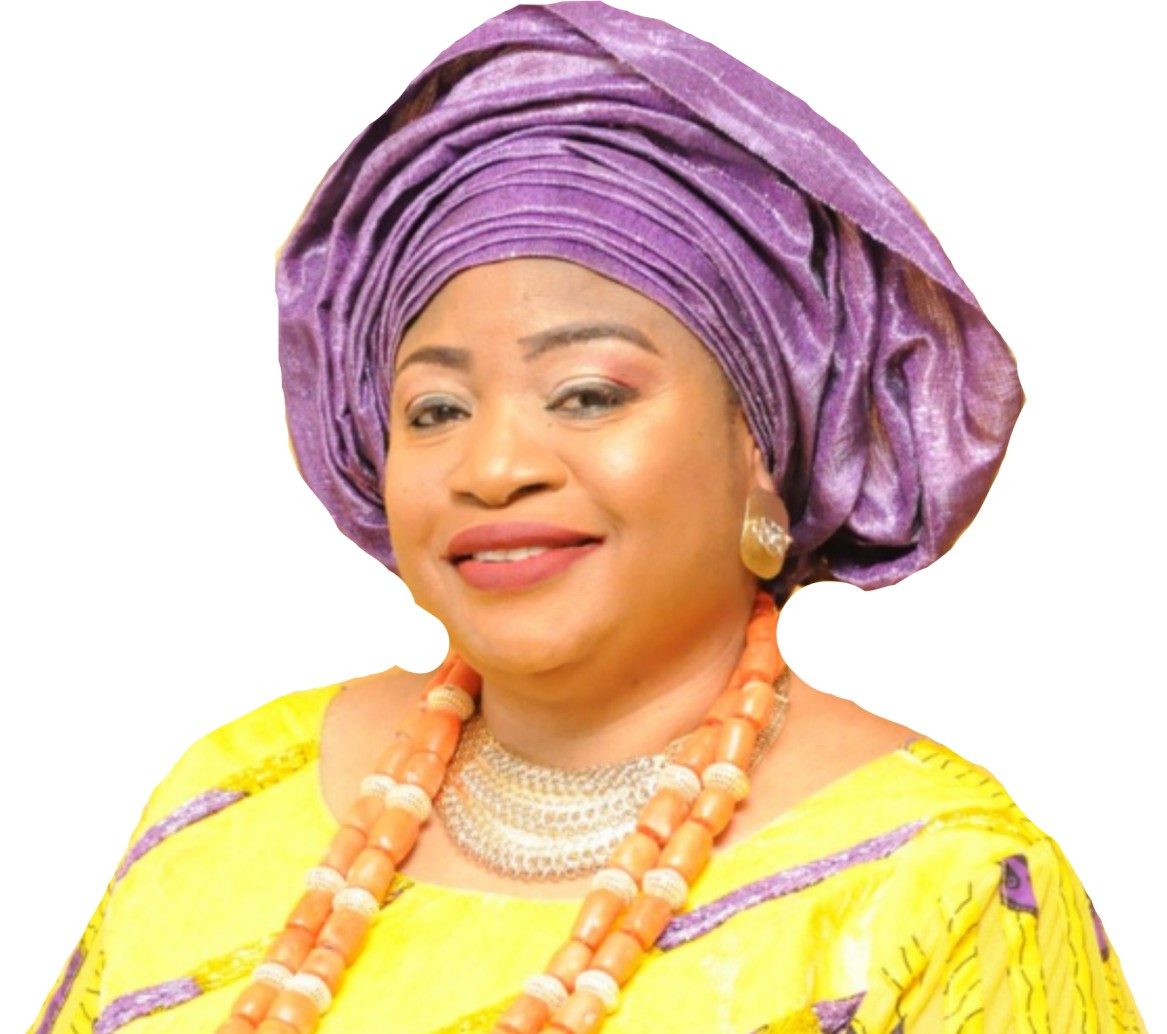 •The Gist From The 2-Day Event At ARIGIDI AKOKO, ONDO State

All roads that lead to the ancient town of Arigidi Akoko, Ondo State; experienced heavy traffic flow from Thursday, 28th of November; which kept many wondering about an event that was to literally shake the town and its environ to their foundation.

One of the events that would not be easily forgotten in the ancient town of Arigidi Akoko, Ondo State was the celebration of the life of great woman, the late Madam Cecilia Kehinde Olayiwola Suberu, who slept in the Lord on Sunday, 21st July 2019, at the age of 76. Or, how best could one describe a woman whose final burial witnessed the presence of monarchs, Chiefs and important dignitaries from all walks of life?

Madam Cecilia Kehinde Olayiwola Suberu, in her lifetime, was a loving, caring, wonderful person and perfectionist. A woman who refused to accept any standard short of perfection. A woman of honour and a disciplinarian. According to her first daughter, Madam Cecilia Kehinde Olayiwola Suberu was a woman who forever would be remembered for a life well spent and many lessons she left as legacies, “My mummy, Omokehinde, my first teacher, my confidant, my first guide, my first priest. To the world, you were one person, but to me, you were the world. You didn’t have much, but we always felt like we had everything. You didn’t leave millions in your bank account, but you left a legacy worth much more. You taught me love, honesty, patience and endurance. You taught me how to cook very well and to be self-sufficient. You taught me how to become a wife and a good mother to my children. You taught me how to pray and lead by example. You praised me whenever I did good and pointed out my mistakes with that gentle voice. You encouraged me to work hard. All of these attributes are today manifesting in my life. I think about you every day. I feel honoured and privileged to have been your daughter. You always loved me and my siblings unconditionally and you were the best mother anyone could wish for. I will miss you forever, I will never forget that fateful Sunday night when you said goodbye forever. The cruel hands of death had snatched you away from us. We miss you every day. I thank God for you and cherish the memories we have. I love you. Good night Mama Layi”.

According to Christian burial tradition in which the wake is usually organised for the dead, the wake in honour of the late Madam Cecilia Kehinde Olayiwola Suberu took place on Friday 28th November, 2019 at her residence, 153, Oke Adura Street, Opposite Cooperative Hall, Arigidi Akoko. It was a path for the children of the deceased to begin the process of bidding their mum, whom they obviously held in esteem, farewell. The atmosphere was completely sombre for the event that was supposed to start for 5:00 pm but eventually started at 7:00 pm owing to one reason or the other. Family members and very close friends of the deceased’s children were in attendance while it lasted.

The funeral service was held at St Paul’s Anglican Church, Arigidi Akoko, in the morning and the officiating ministers who were on ground, prayed for the repose of the soul of the late Madam Cecilia Kehinde Olayiwola Suberu, while they interceded on the family’s behalf for the fortitude to bear the irreplaceable loss. They equally prayed for the husband of the deceased and her twin sister before the family thanksgiving. After the church service, the corpse which was in white glossy casket was ferried by D.S.A undertakers into a hearse as its journey to its final resting place began. The internment as said earlier took place at her residence, 153, Oke Adura Street, Opposite Cooperative Hall, Arigidi Akoko.

Are you of Christ? If yes, then, heaven is sure for you. Eternal rest is sure for you, because Jesus is the only one who has the key to eternity. These were the words of God from the brief exhortation given by one of the officiating ministers. He made mention of many good works of Madam Cecilia Suberu when she was alive. How she was steadfast and committed to the work of God.

LET’S TALK ABOUT THE EVENT AFTER SERVICE

Just immediately after the benediction, as they undertakers were about to ferry the remains of Late Madam Cecilia Kehinde Olayiwola Suberu to her final resting place, there were lovely rhythms from the undertaker’s band boys. The lovely song and beat thrilled every guest present and many started dancing, including some the children of the deceased too, who have many reasons to thank God for their mothers’ well-spent life. Olori Olayinka Ajayi wasn’t left out as well, as she danced with some of her friends.

After the burial, the ceremony moved straight to the reception venue, St Jame’s Primary School playing ground, where a classy reception was held. What unfolded at the reception was more than just classy. It was glamorous and posh. Beautiful women dazzled in the Ankara Aso-ebi. Foods were served accordingly, and it was complemented with assorted wine and drinks of choice.

The venue for the entertainment St Jame’s Primary School playing ground was an open place that accommodated a huge crowd. A giant tent, Marquee, was erected for the dignitaries, while 3 other medium-sized tents were provided for  indigenes and well-wishers. The venue was beautifully decorated with a touch of purple and yellow, which was the colour of the day. Beautiful roses were used in decoration as well.

ABOUT THE ASO EBI/COLOUR OF THE DAY

The Aso-Ebi picked for the event was very beautiful. It has a touch of yellow with purple. Many celebrity and beautiful ladies did justice to it. Many dazzled in nice styles and complemented it with nice jewellery.

Many of Lafunshy Kitchen’s CEO, Olori Olayinka Ajayi are well to do. They stood solidly for  her. Some of them came all the way from Lagos and other states of the federation to honour her. They were all seen moving round, making sure that everything went well.

LAFUNSHY KITCHEN CATERS FOR ALL

Undoubtedly, Lafunshy Kitchen is one of the best kitchens on can ever think of. Its display of professionalism was top notch. Its staffers made sure that everyone was satisfied with their choices of meals available. They were very smart and quickly catered for people’s needs. No wonder they remain the best in the game.

One of the dignitaries whose presence further brightened up the event was the Zaki of Arigidi Akoko, HRM Oba Olanipekun Yisa. He stormed the event with his entourage. There was a loud ovation when his presence was announced and Mc commanded the guests to hail him. Kabiyesi was ushered into a befitting seat prepared for him. He really took his time to enjoy the party and honour the children of the deceased.

We must not fail to mention the good work of Mabolee Security outfit. It won’t have been easy to manage an open place event, but they did prove us wrong with their display of professionalism. Despite that the marquee attracted many and even miscreants, but the security outfit was able to control everything and it was peace all through.

One man, who we must not fail to mention his contribution toward the success of the event is Otunba Funsho Ajayi. Otunba Arijeloye of Awujale Ijebu was everywhere at the party,  playing host  to his dignitary friends and other important guests. His generosity was first noticed in church when he gave the church a whooping 500k to support the ongoing project of the church.

ST CHARLE’S ON THE BANDSTAND

St Charle’s band truly knows how to make guests dance to their tunes The band, led by Toye Ibesanmi,  from Lagos did very well and made the event a worthwhile.