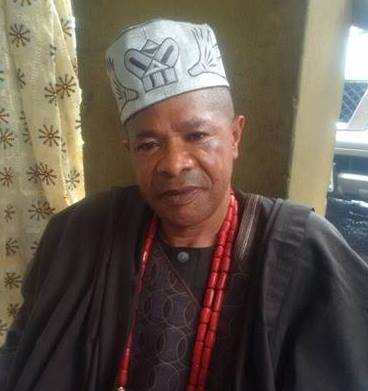 The Olowode-Egba, Oba Kolawole Sowemimo and Oba Fatai Akamo, the Olu-Itori are like inseperable twins. They are not just close, they do all their things together. From attending party together, rocking the same attire to having the same fashion statement, there is no way you will see these two Ogun Kings that you will not notice the striking resemblance that occurs between them.

Though Oba Kolawole seems to be older in age as he just clocked 60 a few days ago while Oba Abdul Fatai Akamo is in his late 50s, there is no doubt that difference in age has not affected their relationship. Oba Abdul Fatai stool is also senior to Olowode Egba yet they accord each other with respect despite the age and hierarchy in the stool.
Last week, Olowode Egba was a guest at Itori town where Olu-Itori remembered his Late Aunty, Iya Jesu. The event was an array of many prominent Ogun Obas and City People had an interview with him where he spoke on why he is very close to Oba Fatai Akamo. Read on
You are the best friend of Olu-Itori, Oba Abdul Fatai Akamo, how far have you two come?

First of all, I will like to thank God for our lives. Kabiyesi Oba Abdul Fatai Akororede Akamo is my 5 and 6. I love him so much because he is a very plain person. We don’t hide things from each other. As far as we are concerned, there is no secret between us. He is a very blunt person. I like his style and what he stands for.

He calls you Uncle Kola, what do you call him?
Yes, he calls me Uncle Kola and I call him My Oga. We understand each other so much. Though we sometime Quarrel but we know how to settle our differences. I appreciate Allah for Our Lives. Our relationship is dated many years ago. Oba Akamo is a very generous person. He is nice to a faults. He does things you don’t even expect.

Have you been told that you look alike?
Yes, I have been told many times. Some places when I get there, people will start calling me Akamo and some people will look at him and say, is that not Oba Owode. Yes, they say birds of the same feather flocks together. Our fashion statement is the same. Look at his cap and look at mine, you will see that we have the same fashion signature. When I don’t see him, I will call him or he calls to say, Brother Kola where are you. Our friendship has spanned over 3 decades and still counting. This has also made our 2 Oloris very close.

You both have One Olori each but you have both tried Polygamy?
(Cut-in), Let me tell you something, One wife , One trouble. 2 wives more problems. Look at our Baba, Alake of Egbaland; he is enjoying himself more now with only one Olori. Look at Pa, Awolowo too, he only has one wife. We are not thinking of having more wives. We have rest of mind with only One Olori.

OLU ITORI & I Have A Lot In Common •OLOWODE EGBA, Oba KOLAWOLE SOWEMIMO was last modified: September 4th, 2017 by Reporter