Home News Olubadan – Would love Ajimobi To Go For Another Term.
News 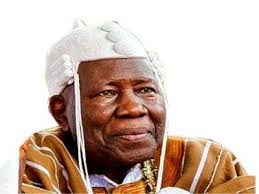 The Olubadan of Ibadanland, Oba Saliu Adetunji, on Thursday said that the Oyo State Governor, Abiola Ajimobi, deserved another term in office if the constitution had provision for it because of his achievements in the state.

The monarch, who has been engulfed in a feud with the governor over the review of the Olubadan Chieftaincy Declaration and the installation of 21 new kings in Ibadan by Ajimobi, said this during a meeting with the governor in Ibadan.

It was one of a few public functions he had attended with the governor since the feud began last year.

The governor had invited monarchs in the state to brief them about his feats and his future plans to sustain his administration’s transformation agenda.

Also at the meeting was the Alaafin of Oyo, Oba Lamidi Adeyemi; Aseyin of Iseyin, Oba Rafiu Adekunle; Eleruwa of Eruwa, Oba Samuel Adegbola; Onpetu of Ijeru, Oba Sunday Popoola; and the representative of Soun of Ogbomoso, the Aare Ago of Ogbomoso land, Chief Sobalaje Otolorin.

The Olubadan said that he praised the governor for his unrelenting efforts to bring development to the state.

He said, “Yoruba don’t appreciate themselves except to abuse and criticise but when someone has done well, we must say it. I am talking about what I have seen so far. In view of this, I would have loved him to go for another term if not that the constitution does not allow it.

“The governor has performed very well. He has recorded unprecedented achievements worthy of commendation. This is the only way to spur him into greater performance for the benefit of the whole state.”

In his speech, the Alaafin said the governor should be commended for all he had achieved since the beginning of his administration in spite of the dwindling allocations from the Federation Account and paltry internally-generated revenue.

“We can only commend you for all you have been able to achieve in the last seven years. We are very impressed with your performance. The only thing you are not telling us is where you have been getting the money to do all the projects.

I have had to engage you in private discussions on this recently to ask how you source the money you have been using to execute the projects since you are not printing money,” said the monarch.

While addressing the monarchs, Ajimobi said that the meeting was borne out of the need for him to carry the royal fathers along about the programmes and policies of his administration, giving their position as the custodian of culture and tradition and the closest to the people.

He said, “I have called this meeting to ensure that there is constant dialogue with you, our royal fathers and to intimate you with our developmental plans and goals. It is also to discuss our efforts so far at repositioning the state and to see what our state will be like in the next 25 years.

“I am happy to announce to you that Oyo State has been described as one of the safest states in Nigeria. We will therefore not want anything that will disrupt the pervading peace which we have been enjoying all these years.

“This is why I am appealing to our royal fathers to help us talk to your subjects on the need to maintain peace, especially as elections into our local governments approach.”

Olubadan – Would love Ajimobi To Go For Another Term. was last modified: March 2nd, 2018 by Igbokwe John