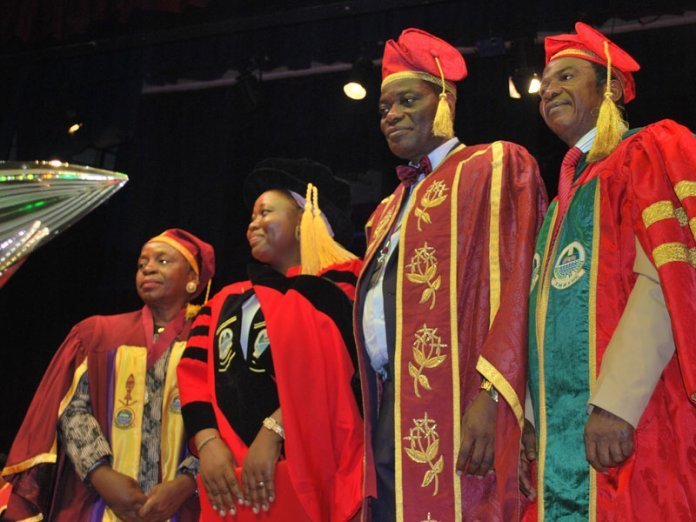 The trio advised the Federal Government on what should be done to develop the education sector.

Okunnu, a former Federal Commissioner for Works and Housing, called on the federal and northern state governments to bridge the education gap between the South and the North.

According to the elder statesman, the governments in the North have not shown enough commitment to education like their counterparts in the South.

“The private sector, especially the missions, also impacted the struggle for western education. Unfortunately, in the northern parts of the country, that effort – either by the private sector or the state government itself – I am yet to see the signs of seriousness about education in the country.”

Dr Olukoya, who is the General Overseer of the Mountain of Fire and Miracles Ministries, called on the government to encourage young people, saying he had scientific backing to prove it works.

He said: “The youths of this country need encouragement. They need more believers. We can encourage them by action. I did an experiment. I said anybody from Mountain of Fire in the university who gets a First Class, I would give them a car.

“What it did completely beat my imagination. What it did to students all over the nation, they started working hard. We did the first one in 2010, 19 people got cars. I could afford it at that time. We did another one 2016, 77 people got First Class. In 2015, 106 First Class. Now this year the number has grown to 300.”

Ovia, Zenith Bank’s founder, said the government should approve more licenCes for privately-run varsities to improve the quality of education.

UNILAG’s Pro-Chancellor and Chairman of Council Dr. Wale Babalakin said the quality of education can only be guaranteed by adequate funding.

Addressing the 150 graduands who were awarded their PhD at the event, President Muhammadu Buhari, represented by the Executive Secretary of the National Universities Commission (NUC), Prof Adamu Rasheed, said they should put their degrees to use in developing Nigeria.

The best PhD thesis award was presented to Oluwaseyi Ayodele Ajibade of the Metallurgical and Material Engineering department while the best Ph.D Thesis award for Humanities went to Olumide Oyewole Ajibade.

Popular comedian Helen Paul got a Ph.D in Theatre Arts.