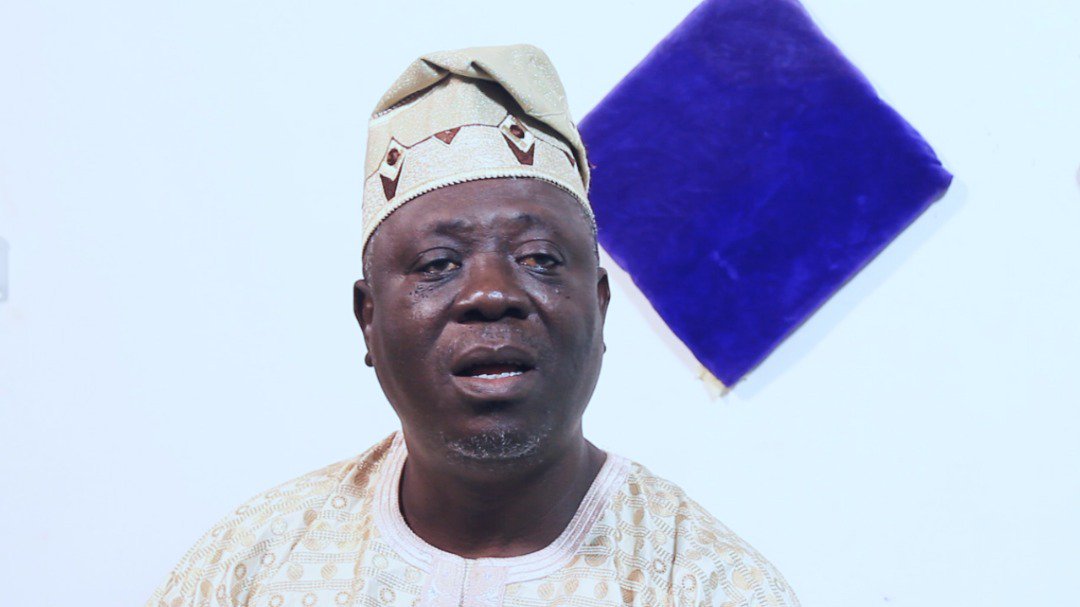 Sulaiman Ajilara Ajobiewe is one of Nigeria’s Legendary Esa Oriki Orile exponents. Born in Ila Orangun in Osun State. He started his craft in the year 1962 at the age of 7 years. He has transverse many of the western states in Nigeria with what he knows best “ Esa Oriki Orile”. In the Yoruba traditional setting oriki is a praise poetry which is often used to arouse people and connect them to their root.  Oriki can take the form of local chant consisting of praise songs that identify a family or individual with his or her roots.

Ajike our Music Columnist visited this iconic figure at his office in Agege, last week to have a Heart to Heart interview with Ajobiewe on his God-given talent.

I am from Ila Orangun in Ila Local Government Osun State. I was born on October 8th, 1955.

♦ When did you start this craft?

This is my inheritance.  I can’t say it started so and so date. Nobody thought me.  It is not like music that you receive training for. My son has also inherited the craft.

♦ If you look back when was your first major performance in this craft?

I started at age 7 in the year 1962. I usually go around with my brother Olu Olaiya travelling theater. He started his theatre in my hometown Ila Orangun.  In those days many people didn’t believe in the art of theatre my Brother Olu Olaiya gathered many of us together myself, Brother Olaniyi, Brother Lasisi, etc I was the youngest of them all and anytime we travel round my brother will put me on stage and he will tell me to start praise singing many of the prominent people of those era then they will start spraying me and dancing after watching my performance at my age. There is a particular drummer Babalola Professor that we use then who later played for Barrister.

♦ Do you remember those you have sung their praises?

They are so many. One of my most memorable experiences was when I sang for the former head of state of Nigeria Olusegun Obasanjo who cried and hugged me when he witnessed his ancestral  eulogy . His late wife Stella was at this particular event. Also I have done the praises of Aremo Olusegun Osoba, Asiwaju Ahmed Tinubu, Kabiyesi Oba Rilwan Akionlu,  Baba Subomi Balogun, Chief Mike Adenuga, Governor Aregbesola, Ooni Sijuade, Oba Ogunwusi the present Oba of Ife, Oba Wahab, even in kwara where many believe the Yoruba poetry wont be appreciated Oba Sulu Gambari( Oni wa tutu), Oba Aseyin from the days of Osu Olale, Oba Olofa, Oba Olomu,etc they are so many.

♦ Do we have other people that are in this field?

♦ What lessons are inherent in Yoruba poetry (ORIKI)?

Anybody who forgets his root can be compared with that who has no heritage. In those days Oriki played major role in Yoruba panegyric . Let me tell you a story. Somebody came to me and said he wanted me to help him apologize to Olusegun Obasanjo. I told him not to worry. On the said day I started praise singing Obasanjo when  it got to some certain stage  I told him I needed a favour and I said he should please forgive so so so and so person. He now said where is he?  I now called the man who knelt down for Baba Obasanjo who immediately forgave him.  The same happened with Asiwaju Ahmed Tinubu when somebody asked that I should help him beg him immediately I praised him he forgave the person.

♦ How can you describe the coinage of your craft “Esa Oriki Orile”?

Esa in English can be described as something different, something uncommon.

♦ What kind of musical instrument do you use for Oriki Orile?

♦ You appeared on Television years ago, which programs to be precise?

I joined Feyikogbon in 1979. The program stopped when there was no sponsor. I have also appeared on Fokomoyo, Ajaka Oko, Oduduwa, etc

♦ What is your message for the Nigerian government and what do you think can be done to promote our cultural heritage?