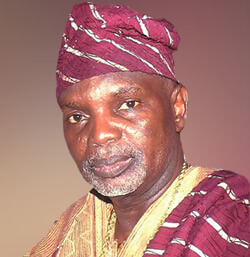 Since I entered Ibadan, my beloved hometown, with my head and not on foot,  on Friday, 27th October 1950, the late Oba Adeyemo Operinde  1 was the 11th Olubadan to reign before my very (korokoro)eyes.

It was the late Olubadan Adeyemo Operinde 1 who led me inside the sacred inner chambers of the Olubadan Palace,vide my formal installation on Monday,30th November,1994, as the Mogaji (Head) of my great Oyetunji Olundegun Family of Ile Oye,SW2/486,Ita Aregbe-Omo,Isale ‘Jebu Area of  Ibadan. I was promoted the Jagun Olubadan of Ibadanland,on 14th December,2002,by the late Olubadan Ogundipe Arapasowu 1.

He was a pupil teacher in Enugu until 1930,when he joined the Central Government Civil Service as a clerk in the Prison Headquarters,Enugu.He later worked in other Central government departments across the country and rose to the grade of a 1st Class Clerk in 1940.

The same year,the late Kabiyesi Olubadan Adeyemo Operinde 1 joined the British Army as the Training Officer of the newly-recruited  army clerks in Kaduna,during the Second World War.He later was promoted as the Communication Liaison Officer of the Army.

During the second World War (1940 to1945)he served in East Africa,Burma,India,Somalia and Malta.He was demobilised in 1946 as a Staff-Sergeant.In 1947, he was seconded as the Treasurer to the Ibadan Native Authority.

In 1956, he became the Sole President of the Ibadan Customary Court,Oke Aare,until 1960, when he voluntarily withdrew his services.