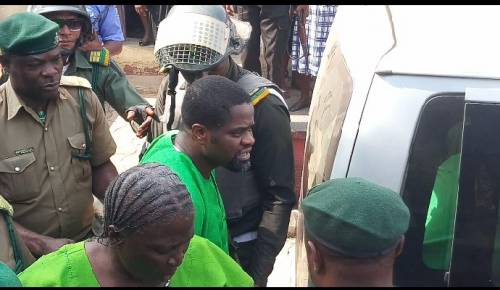 Prosecutor in the ongoing trial of Prophet Alfa Babatunde, founder of Sotitobire Miracle Centre, Akure, over the case of a missing one-year-old boy, Eniola Gold Kolawole, has frowned at the slow pace of the case.

At the resumed hearing of the case on Tuesday at the High Court in Akure, the state’s Attorney-General and Commissioner for Justice, Adekola Olawoye, who is also the lead prosecutor, said the defence counsel was dragging the matter by repeating witnesses.

Prophet Babatunde had last week opened his defence before the High Court through his lawyer, Olusola Oke.

Mr Taiwo Fagite, Personal Assistant to the Deji of Akure, Oba Ogunlade Aladetoyinbo, appeared in court on Tuesday as the 4th witness for the defence.

Fagite alleged that the parents of the missing boy, Kolawole, were not forthcoming after they reported the case at the palace until they were made to swear an oath in the palace alongside the 14 teachers of the church.

He said the Akure monarch had invited both Prophet Babatunde and the boy’s parents but only the cleric showed up.

During cross-examination, Fagite also said the prophet during his first visit to the palace came with a senior police officer.

The 5th witness for the defence, Funmilayo Ogunlusi, a cleric in the church, said they had a vigil the day the incident occurred and a nine-day fast and prayer by ministers for the recovery of the child.

Lead defence counsel, Oke, told the court that he would not be calling the earlier slated 6th witness to avoid repetition of facts and asked the court for an adjournment.

Justice Olusegun Odunsola in his ruling adjourned the case until July 14, 2020, following the application of the lead defence counsel.