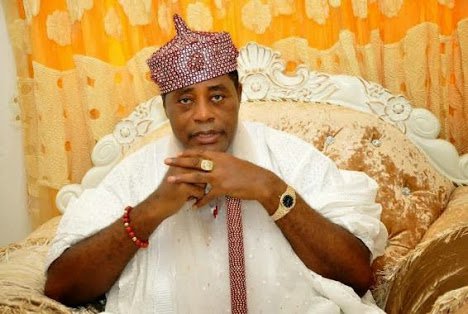 The traditional ruler of Igbotako and Rebuja of Osooro kingdom,in Ondo state, Oba Gbadebo Bajowas, has described the Olugbo of Ugbo kingdom, Oba Fedrick Obateru Akinruntan as a man who is ignorant of the history of Yorubaland .

The Monarch made this known at an interactive session with some select youths in his community ,who were at his palace to celebrate the Christmas.

Oba Akinruntan, who recently spoke against the people of Ile Ife described the Yoruba heroine, Moremi as a traitor.

He further explained that the Ugbo stool is the oldest in Yorubaland and that he is the leader of the Yorubas.

But Oba Bajowa,however, said that Olugbo lacks the knowledge because of his Education about the history of Ile ife and Yorubaland.

He said ile Ife represents everything in Yorubaland .

He said: ” I want to say with all humility,Olugbo is ignorant and uneducated ,If Olugbo is Educated, he will be able to read between the lines and know the true position of things.

“He is not the first Olugbo.All Yoruba monarchs have conceded the cradle of Yorubaland to Ife.

“If I have the opportunity of meeting him,I will confront and ask him questions .He must tell us his source and origin.

He further said: ” Olugbo is coming now to tell us the history he knows nothing about.

“He is a stark illiterate, a man without brain .He is uneducated and this is evident in the manner he has been going around to expressed his ignorance.”

Oba Bajowa commended the Ooni of Ife, Oba Enitan Ogunwusi for his efforts in ensuring peace in Yorubaland.

He described the Ooni as a man who has seen the need for unity among traditional rulers in Yorubaland.

“The Ooni of ife is a young man, very prominent and he has the sense of human in him.He has been going around to make sure Yoruba Obas are in uniformity.”