One-On-One With LAGOS Politician, BABATUNDE GBADAMOSI Reveals The Story Of His Life 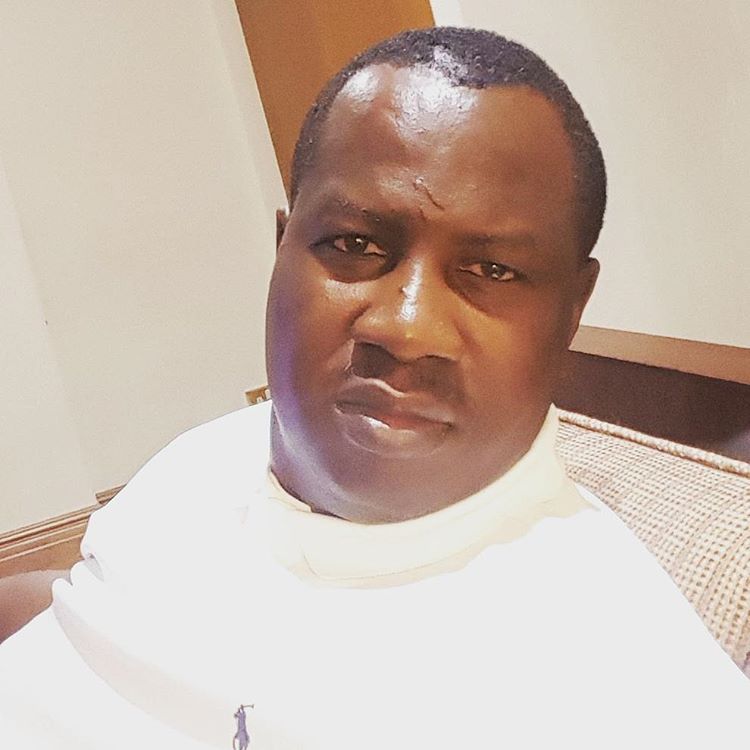 His name now rings a bell in every home in Nigeria. This is because of his recent detention. For about 2 weeks this deep thinker was detained for his views on the state of the nation.

But weeks before his arrest City People had interviewed Babatunde Gbadamosi who is a property developer. He is also a politician. He is the Chairman of AMEN Estates, which he co-runs with his wife. He is also a Lagos PDP chieftain, who has contested to be the gubernatorial candidate of the PDP in Lagos State. He is one of the real estate practitioners doing well despite the recession.

In this interview, this astute politician reveals how he started his life in Ikorodu, Lagos State, where he hails from. He is from the illustrious Gbadamosi family in Ikorodu. Below is his story.

Let’s get to know your growing up years. Why  you decided to go into  real estate and  politics?

I was born in England many years ago. I spent my childhood years in Nigeria. I went back to England  in my early 20s. I attended Lagos State University. I didn’t graduate-there, I dropped out. I never did go back to University. So, I don’t have a degree. Many people find that hard to believe, but that’s just it.

Why didn’t you go back?

Well, University of life serves me better. I had already developed the work ethics in Nigeria. My late grandfather took charge of me, Chief S.O. Gbadamosi. He took it upon himself to train me in business and social interaction. And I think that’s why I became politicised to be honest with you because he was a best friend of the late Chief Obafemi Awolowo.

And because of Awolowo, I think he went to his mother ancestry home in Ode-Remo, but I also think it was because it was near Ikenne, Awolowo’s place.

Whenever we went to Ode-Remo for the weekend, we always ended up at Ikenne, so much so that the night Awolowo died, my grandfather actually went there too. They had dinner upstairs and that was unusual, but because Baba had been ill, they moved the table upstairs. I think myself and my grandfather were the last persons who saw Awolowo alive because he died later that night.

So, in terms of politics, I became political. I became interested in History and Politics because of my closeness to my grandfather. I got to learn stories, I got to learn of events in Nigerian history. I know many backstage stories that if I publish one or two Nigeria will scatter.

But my years in England also helped my work ethics and my interest in business.  I still don’t consider myself successful in business yet because there is a whole lot of things that I still want to do that I haven’t done, but I hope I will be able to achieve them before I am in my 70s, which is when I hope to slow down a bit. I have inspiration from people such as Chief Olusegun Obasanjo for longetivity, not just longetivity for being alive, but still doing things, still taking risk. I also draw inspiration from people such as the late Jimoh Odutola. So, that is why I pray to God to give me longetivity, mental alertness and the wellbeing to be able to do that.

What pushed you into real estate?

Well I say my grandfather helped initiate me into business. My first business was actually a Danfo bus  Washing Enterprise. Yes, there is a road in Ikorodu, we call it Onisigida. It’s the road that links Alhaji Street and Sabo in Ikorodu. I used to wash Danfo buses there, while I was in secondary school.  At 16 and in secondary school, a  kind Danfo bus driver had adopted me his “borrow, borrow passenger”. He used to give me  a free ride from the hostel where I lived, which was owned then by Alhaji Yaya Olorunosebi.  He is a Chief Imam now.

While there, the Danfo driver would drive me from the hostel to Government College, Ikorodu and he wouldn’t take money and he did that for 2 weeks and I thought let me do something for him too. So, I decided to start washing his Danfo bus. The first time I washed his bus, he gave me 5 Naira and I retorted that I didn’t do it for money, but he said” no it’s just for me to buy a few things. So, two night later, he got a friend who also gave me 5 Naira and he was bringing more and more bus drivers. At a point, I was having more than 20 Danfo buses that I was washing.

Now, I wasn’t able to cope , I had to call my friends to come and join me and I paid them 4 per bus and kept the balance for myself. I was only able to wash 2 Danfos  buses per night. So, I used to have 10 naira every night. It got to a point when I was washing 40 Danfo buses and I had to remove one Naira from the 5 Naira on each Danfo.

Another thing I did when I completed secondary education was to retake my WASC exam at what is now Lagos State Technical College on Agidingbi road. It used to be called Lagos State Institute of Basic studies. I was among the first set.

I had only 4 credits when I took my WASC exam. I needed 5 to get into Lasu, so I had to  do a re-sit there. As soon as I finished, LASU was the next point of call. So, in between that was before I went to LASU. I started  selling flush doors. My Uncle had a factory in Ibese, it was producing flush doors, so I went there, I spoke with the MD of Factory, one late Bamishile. He agreed to give me the doors, on sale of return basis.

So, from Ojugbode in Ikorodu, I did a road show   of  the doors all  round Ikorodu and the first time we did it, I realised that it was too stressful, because not all the doors were  sold  that day. So, I asked the factory hands for  cheaper ones and they asked: Why didn’t you ask for samples. So, he gave me  samples of the doors, so  that you could take them to anywhere. I used to pack them inside buses and go to all the building sites. So, I started with Ojo. I visited the building sites in Ojo.

And I sold many doors. Even the house I ended up living in,  I sold the doors to the landlady. It belongs to Alhaja Ikotun. So, that was how I got into business. I was in the business already by the time I left for England in 1989 and when I got over there, it was a whole different world, I had to relearn everything I knew all over.

I started with working in the super market, cleaning offices, driving taxi-cab and all that. From driving cab, I opened my cab office and I employed many drivers.

I met my wife, the woman I married and we got together. We ran an IT training consultancy. We expanded from one-room business unit to a whole building office. It was our first experience about renovation. We bought a rundown building and we just renovated it. At the same time, we own that building also bought another building. Apart from the commercial building, we were and  also and letting houses, on mortgage basis, not outright purchase such as the practice in Nigeria.

So, we were able to buy  quite a number of properties. I think  we bought about 100 units. And that was how we grew our bottom line. We also benefitted from the massive rate of appreciation between 1998 to 2004.

So, when we sold off, Nigeria was not even in the equation at all. What happened was,  we came home for my younger sister’s wedding and that opened our eyes on the opportunities  in Nigeria.

We were actually looking at Florida and Southern Spain to go and do a major real estate projects there. Florida was not part of the equation by Andrew (a friend).  He just flattened everything.

On the Southern Spain, I was having reservation because there was a racism problem in Spain at the time, in as much as England was perceived as a less racist society,  we were still having issues with the planning authorities. It’s not quite on their faces, but it’s there. So, when we came to Nigeria, we saw that there were quality housing estate . There was an opportunity. Let’s build something, let’s build community where people can live, where children can play on the street. Where adults can go for works and not be afraid a car would come to knock them down. Secure, serene, quality housing estates . And that was how the Amen Estate dream started.

When we made a decision to come home, but we couldn’t find a suitable property to rent on Victoria Island or Ikoyi. It wasn’t about cost. We could afford anything we wanted, but we didn’t get it anywhere on Victoria, Ikoyi because the children could not play on the street.

You rent a house and Mallam would be at the gate, selling sweets and all sort of characters will keep coming there. I guess I am always security conscious in Nigeria. But we settled for a smaller estate, relatively well managed by comparison. I was determined that the children would not grow up in England. We decided we were going to do it anyway, while we were in England the process took us about 4 years to complete from moving from England to (Nigeria). By the time we eventually did,  we had already bought the land and within a year of settling properly, we started building and a year after that we moved into the estate. It has been a real struggle. What you see today is a result of perseverance and the grace of God. That is why it’s called Amen Estate. But thank God is always been faithful and merciful.

One-On-One With LAGOS Politician, BABATUNDE GBADAMOSI Reveals The Story Of His Life was last modified: March 19th, 2017 by City People

Gov. AJIMOBI Begins Work On His Legacy Projects All Across OYO State

How I Started BOLUKE Pharmacy 27 Years...