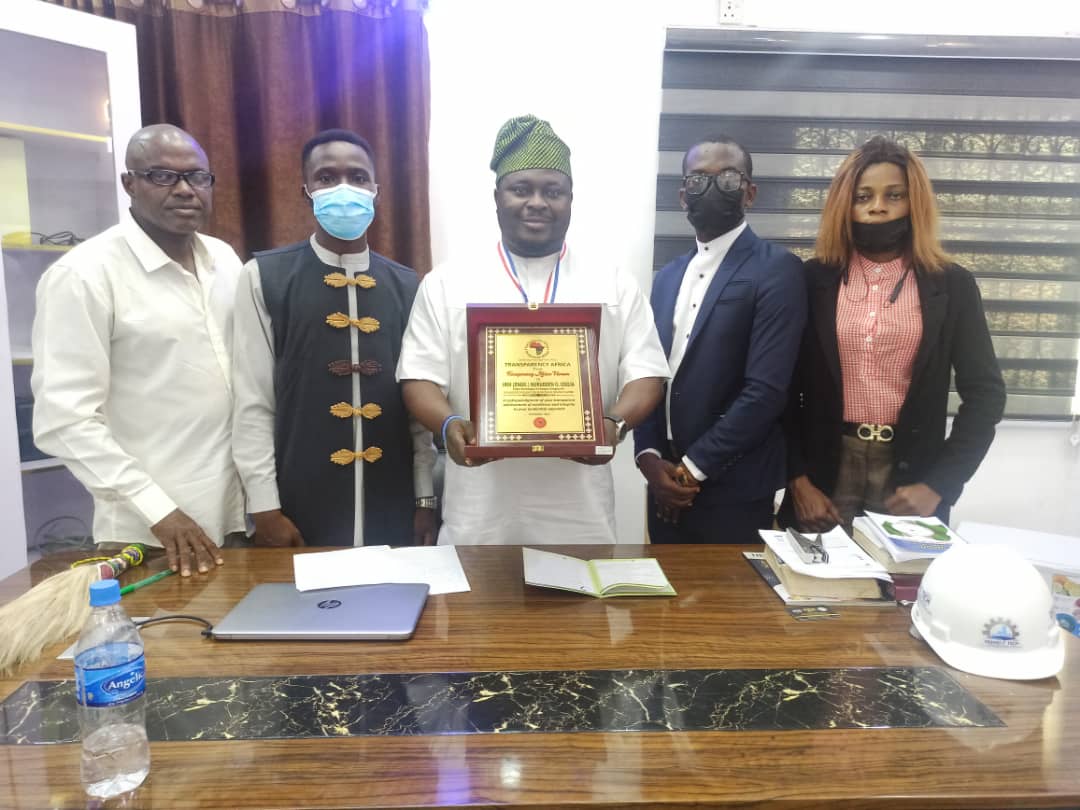 The celebration has started already for HRM Oba NurudeenOluwadare Osoja the Onikogbo of Ikogbo, Ogun State, who will clock 14 years on the throne of his ancestors in a few days time, as he welcomed members of the Transparency Africa Group to his Lagos office on Tuesday, 23rd November 2021.

Oba Osoja doubles as the chairman/CEO. Deensat Tech. Engineering Co. Ltd was picked from amongst several notable Nigerians and conferred with the Transparency Africa Honours, having been found to be corruption free in all his dealings as a royal father, a practicing engineer and CEO of a world-class engineering firm.

The team of Transparency Africa was full of eulogies for Oba Osoja who has been found to be one of the very few outstanding leaders in a corruption-ridden country like Nigeria and has been brought to the fore by this award.

The Royal father was full of gratitude to the organisation for picking him out amongst several other Nigerians and he promised to keep maintaining his good name and that of the Ikogbo kingdom at large.

Transparency Africa is a non-partisan organization working with the public sector, private sector, civil societies/organizations and the media to promote transparency in Africa which in return will bring development to our dear continent-Africa.

It is an independent organization that sees the development and growth of Africa through transparency and corrupt-free Africa.