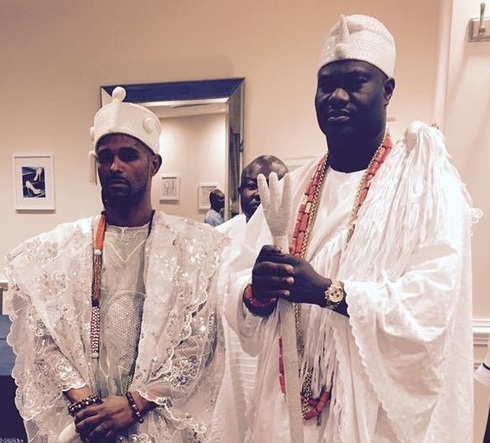 In June 2016, in the United States of America, Washington DC history was made, when His Royal Majesty Oba Adejuyigbe Adefunmi II travelled from South Carolina to the east coast to pay formal tribute to the His Imperial Majesty, Arole Oodua, Ooni of Ife, Oba Adeyeye Enitan Babatunde ogunwusi@jaja the spiritual head of Yoruba people worldwide, who was on a visit to the United States of America. The historic meeting reinforced Yoruba unity amongst Diaspora’s Oodua Children, cross cultural educational exchange as well as cross cultural economic exchange. Oyotunji African Village (OAV) has played cultural ambassador and the source of the Yoruba culture in North America. Oyotunji Village, a large and culturally rich community dominated by African-Americans who have identified themselves as being of African descent and Yoruba of North American, have been educating millions of African American about their African heritage and roots, encouraging tourism, visits and migration by African Americans to Africa, their land of origin and spiritual home. Oba Adejuyigbe Alladaxonou Egunjobi Adefunmi II is noted for his keen interest in promoting meaningful socio-economic and deep cultural ties and relations between Nigeria, Nigerian States and Oyotunji, the State of South Carolina, USA and the North American continent, in ways that would yield immense economic and social benefits, including youth development in these regions. 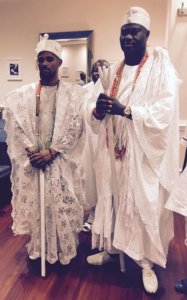 In continuation of the Journey to the Unification of the Yoruba race worldwide and the drive to beckon on people of African descent in the Diaspora to return to Africa-Nigeria to develop their ancestral land, championed by the Great Spiritual Head of the Yoruba Worldwide, HIM, Arole Oodua, Ooni of Ife, Oba Adeyeye Enitan Ogunwusi Ojaja II in the United States of America during His Imperial Majesty’s June Royal Visit to the US, African American HRM Oba Adejuyigbe Aladaxonou Egunjobi Adefunmi II, the Oloyotunji of Oyotunji African Village, South Carolina, USA, accompanied by a powerful African American 23- member Royal Entourage, would be embarking on a Royal Home Coming Visit to Kabiyesi’s African and spiritual ancestral Home – Ile-lfe, Nigeria, thereby giving Birth To The Back To My Roots Nigeria Initiative.

WHEN THE OONI MET OLOYOTUNJI was last modified: April 18th, 2017 by City People