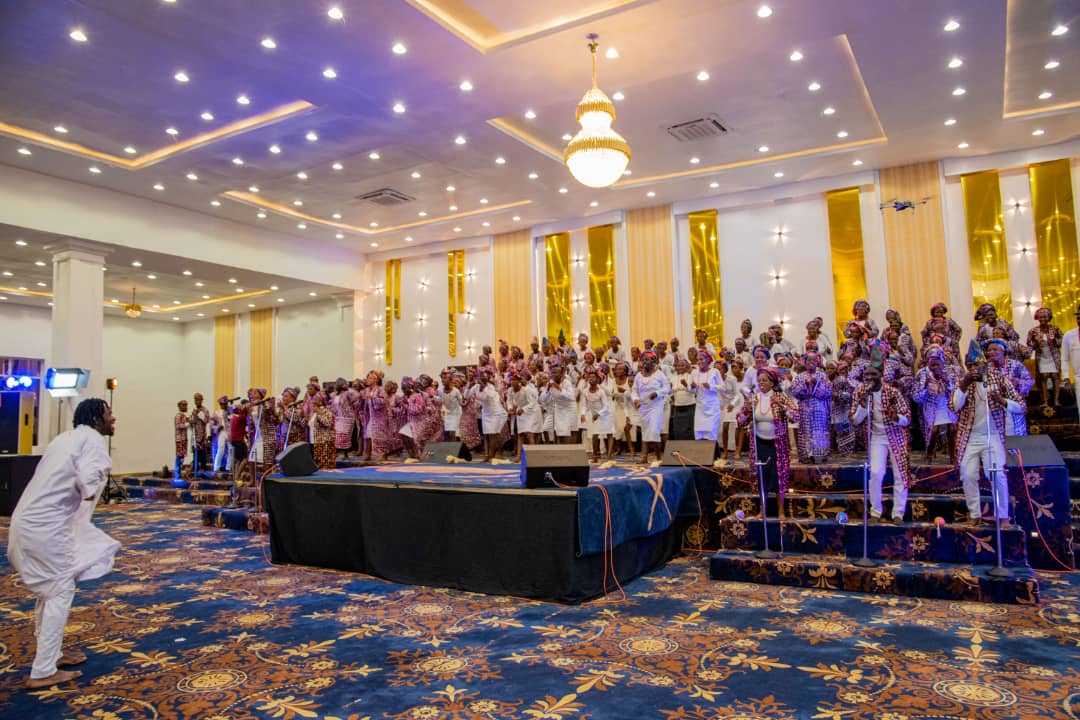 This is Big news.The Ooni of Ife,Oba Adeyeye Ogunwusi has done it again! He has taken the image of the House of Oduduwa to the next level by introducing and launching a traditional mass choir.It is a 200 mass choir that looks very colourful.

Its a 200 mass choir called Akorin Oodua to showcase our rich heritage and tradition all over the world.

We can authoritatively reveal that it took 5 years to put the choir together .The beauty of the choir is that they compose their songs traditionally themselves…

Olota of Ota receives the STAR OF FAME.