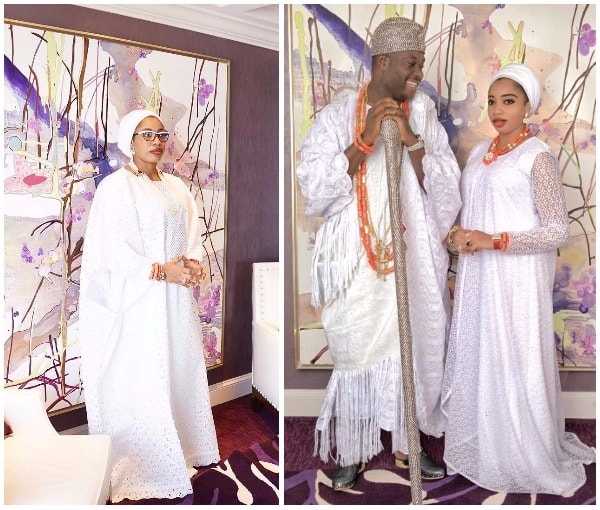 A day after news broke that Ooni of Ife’s 16-month marriage to Olori Wuraola has crashed, palace sources have come out to label it as lies.

Encomium.ng spoke with an insider who claimed the king has been having a good laugh over tales of his troubled marriage.

Though yet to issue an official statement apart from the chat the magazine had with Ooni of Ife’s media aide (Moses Olafare) yesterday afternoon, the palace is reportedly undisturbed by the mess spreading afield.

Insiders claimed that Olori Wuraola is right now in Lagos, lodged at a 5-star hotel as she attends some meetings in the metropolis. And Ooni is in lfe where some events are unfolding.

“Olori Wuraola is expected back in the palace on or before Thursday,” a source told encomium.ng yesterday afternoon.

“She is in Lagos with palace aides. So, the story is not true. When she returns to Ife, the rumour will stop.”