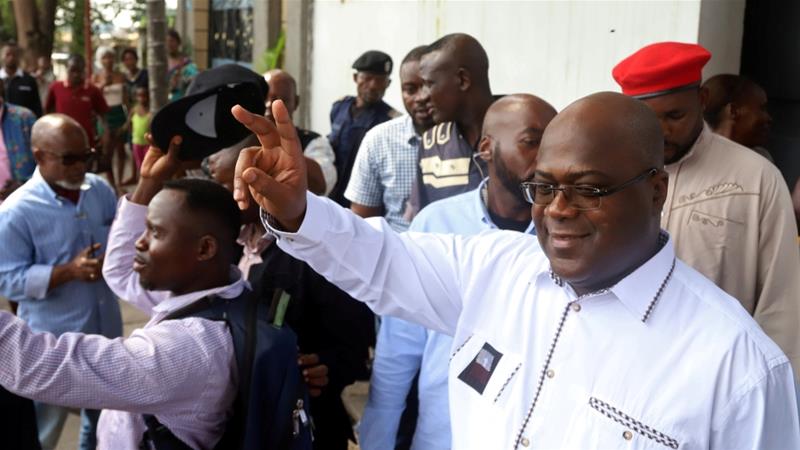 The leader of the Union for Democracy and Social Progress (UDSP), Felix Tshisekedi, has been announced the of the presidential election in Republic of Congo.

In the provisional results released by the country’s electoral commission, Tshisekedi defeated Martin Fayulu, his rival who had since rejected the outcome— describing it as having “nothing to do with the truth of the ballot box”.

If unchallenged, this would signal Congo’s first democratic transition of power since 1960 when the country gained independence.

Tshisekedi, son of late opposition leader Etienne Tshisekedi, will take over from President Joseph Kabila who is stepping down after 18 years in office.

Addressing supporters at UDSP headquarters in Kinshasa, Tshisekedi said Kabila is no longer a rival.

“I pay tribute to President Joseph Kabila and today we should no longer see him as an adversary, but rather, a partner in democratic change in our country,” he said.

There are reports that the electoral process was marred by irregularities, and this, many fear may lead to an uprising between supporters of the major contenders.